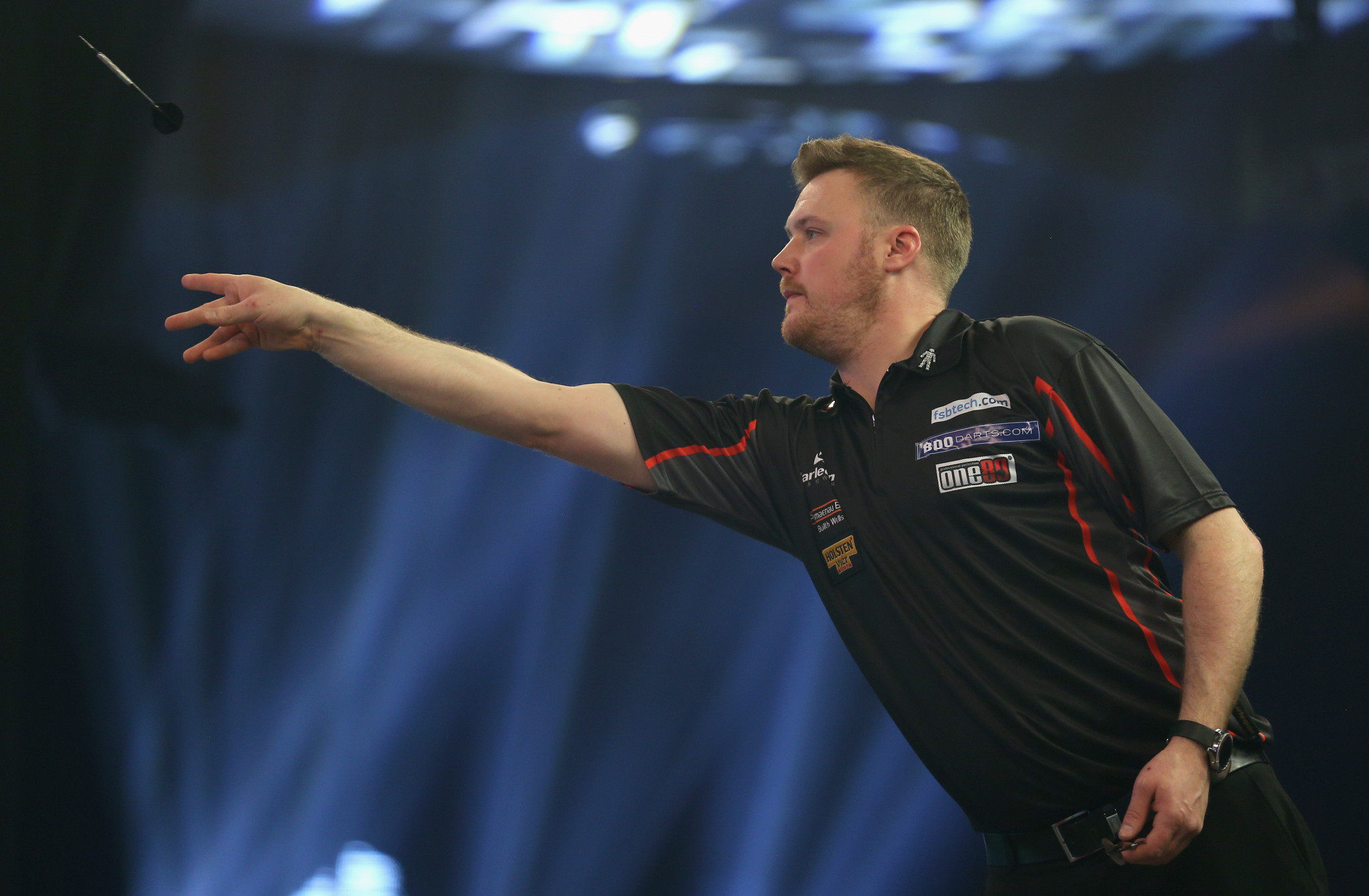 Welshman Jim Williams booked a quarter-final place at the British Darts Organisation World Championships for the first time with a battling victory over England's Conan Whitehead.

Williams secured a 4-3 win in a thrilling contest at the Lakeside Country Club, in Frimley Green, in England.

Both men averaged a fraction over 90 with three darts with little to choose between them throughout.

The 33-year-old's reward for the gruelling victory today is a last-eight meeting with defending champion Glen Durrant.

"That was as nervous as I have ever been in my life," Williams told Channel 4.

"I've never played well here before until now and I tried to do anything I could."

Whitehead, who put out eighth seed Cameron Menzies of Scotland in the first round, had out himself in a strong position having taken the first two legs in the final set but Williams fought back to progress.

German qualifier Michael Unterbuchner continued his surprise run at the tournament as he beat 14th seed Martin Phillips of Wales 4-2.

In the women's event, top seed Deta Hedman, of England, proved too strong for Sharon Prins of The Netherlands.

Hedman, a three-time runner-up, made light work of her Dutch opponent with a straightforward 2-0 triumph, averaging 78 per throw.