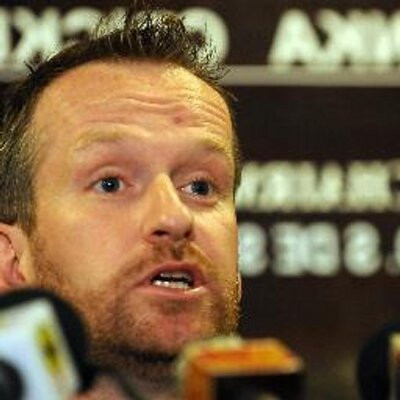 James Fitzgerald has been appointed senior media and communications manager at the World Anti-Doping Agency (WADA).

WADA has been without a senior communications manager since Nichols, who is now the head of communications at the Commonwealth Games Federation, stood down last May.

Fitzgerald officially began his new role, based at WADA's headquarters in Montreal, this week.

He was the media and communications manager at World Rugby, based in Dublin, before taking up the key position with WADA.

He also worked in a similar role at the International Cricket Council in Dubai.

Fitzgerald will be WADA's main media contact as the organisation continues to deal with the fallout from the Russian doping scandal.

Fitzgerald, who has over 18 years experience in the industry, was previously a journalist in Ireland.

"We are thrilled to welcome James Fitzgerald to WADA as a key player of the Agency's five-person communications team," WADA director of communications Catherine MacLean said.

"James has significant experience with leading International Federations and news outlets, which has helped him develop a solid media expertise and network.

"The communications team is looking forward to working alongside James to support WADA's business priorities as the leader of clean sport."