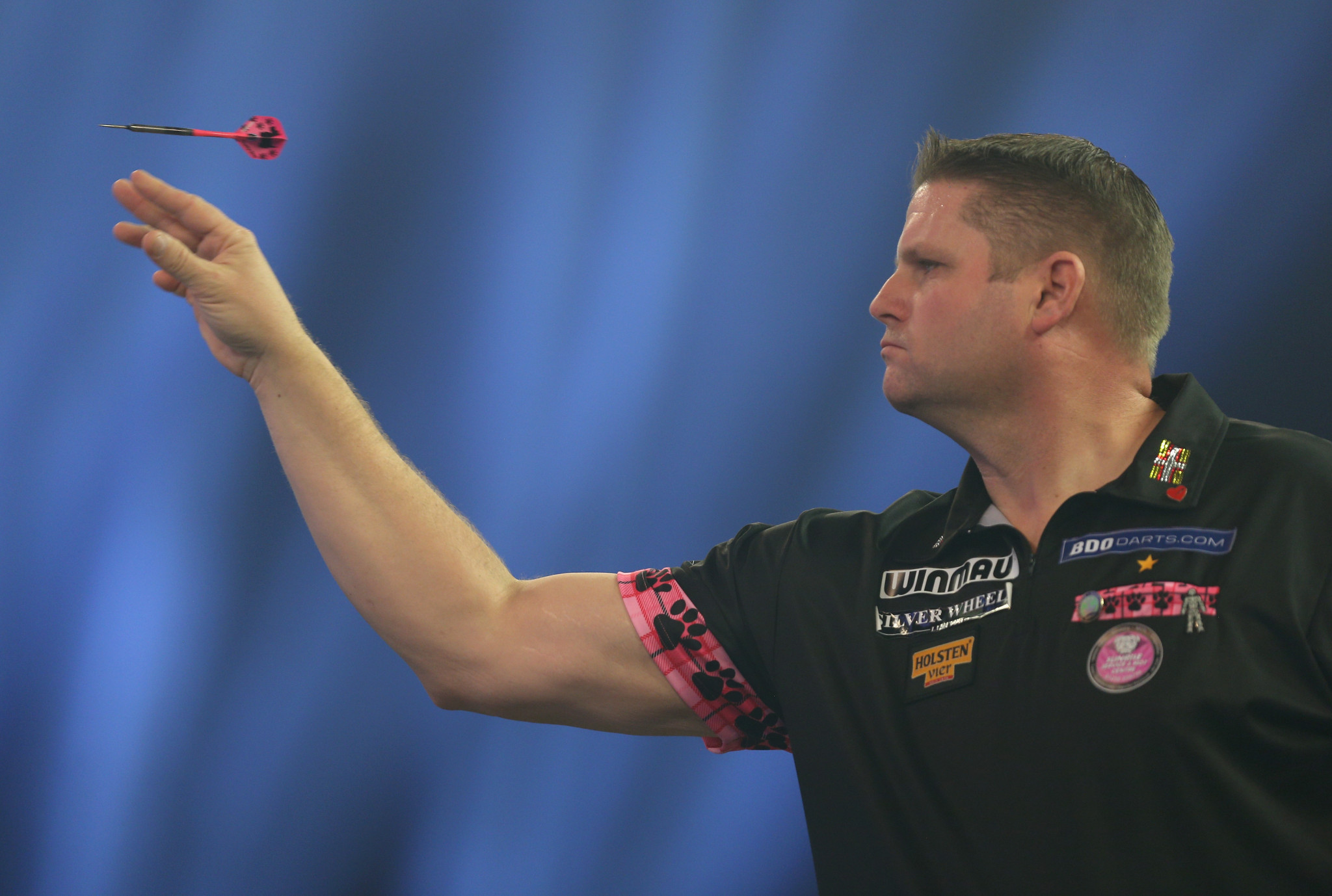 Mitchell, the 2015 winner of the event in English village Frimley Green, was unable to overcome Belgium’s Andy Baetens.

The game began in closely fought fashion, with Mitchell coming from 2-0 down to level the contest.

He was unable to maintain his momentum, with Baetens eventually coming through the match as a 4-2 victor.

His success over fourth seeded Mitchell sees Baetens move into the quarter-finals of the competition, which will take place on Friday (January 12).

Noppert had impressed in his first round match when he beat Wales’ Richie Edwards 3-0, having been a wildcard entry to the Championship.

He proved unable to replicate that level of performance in the best of seven sets match with McGeeney, as the second seed triumphed 4-1.

McGeeney awaits the winner of this evening’s match between Belgium’s Geert De Vos and Richard Veenstra of The Netherlands.

Elsewhere, defending champion Glen Durrant was in unstoppable form against fellow-Englishman Darryl Fitton as he progressed with ease to the third round, while another Englishman Scott Waites, a two-time winner, beat Dean Reynolds of Wales.

Durrant averaged 99.43, the highest of the tournament so far, in seeing off Fitton 4-1 to set up a last eight encounter with Jim Williams, of Wales, or England's Conan Whitehead.

Waites will now face Belgium's Andy Baetens in the quarter-finals having seen off Reynolds 4-2 with an impressive doubles conversation rate after only averaging 93.21 to Reynolds' 94.53.

In the only women's match of the day, Lorraine Winstanley won 2-0 against Tricia Wright in an all-English showdown.