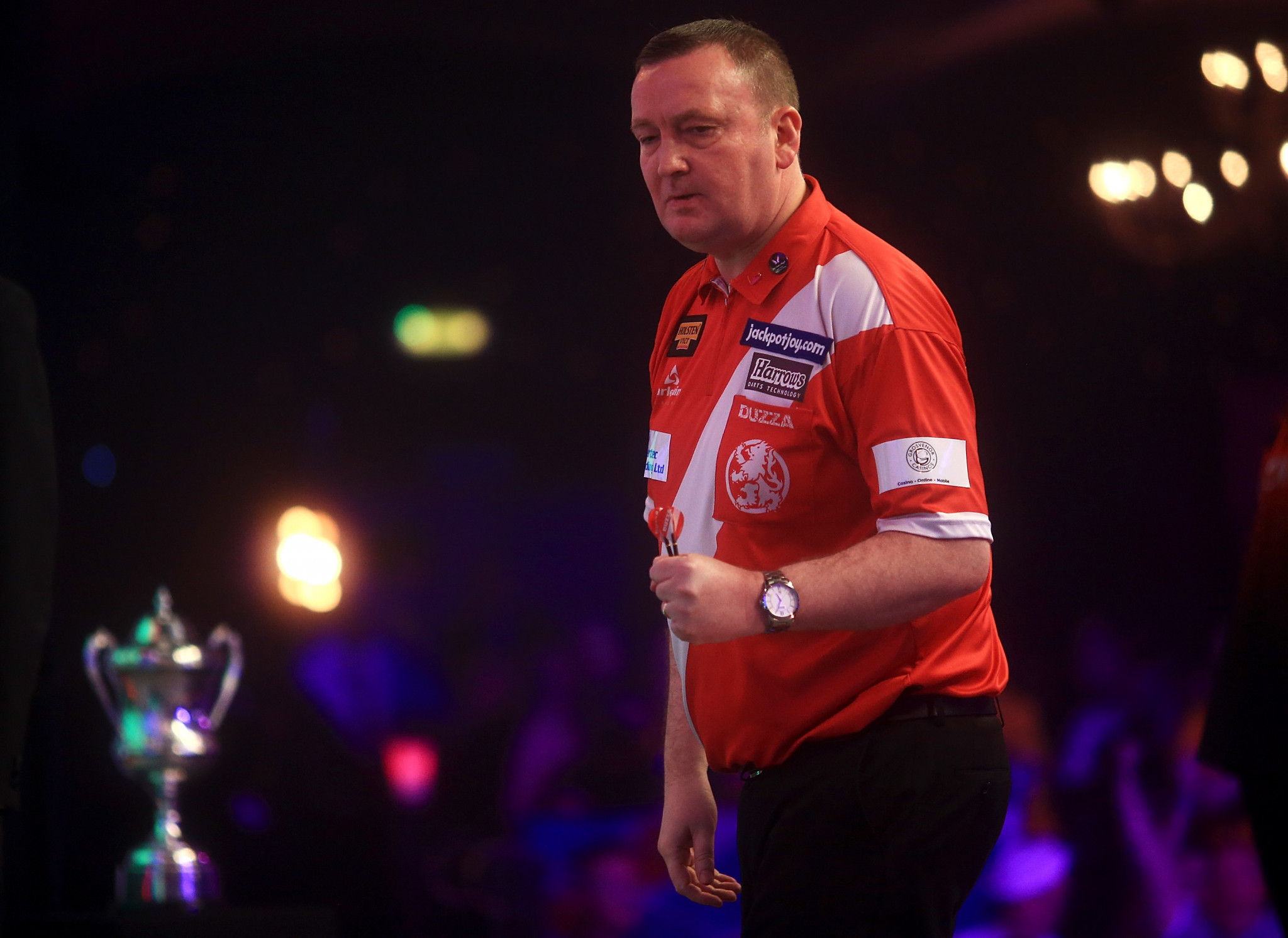 Defending men's champion Glen Durrant breezed through to the second round of the 2018 British Darts Organisation World Championship with a comfortable first round win over fellow Englishman Gary Robson.

The 47-year-old did not drop a leg as he quickly established a two-set lead at the Lakeside Country Club in England's Frimley Green.

Robson, who came through a preliminary round clash with Pengiran Mohamed of Brunei yesterday, showed some fight in the third set to leave it delicately poised at two legs each.

It was Durrant, who had described Robson as his "bogey player" before the tournament, who won the decider, however, to seal a 3-0 victory.

There was also a round one victory for England's two-time former winner Scott Waites who knocked out Scotland's Ross Montgomery 3-1.

Wayne Warren of Wales progressed as well with a 3-1 win over The Netherlands' Wesley Harms.

Derk Telnekes then booked his place in round one as he won an all-Dutch clash against Chris Landman, also 3-0.

The women's competition saw England's Fallon Sherrock knock out last year's runner-up Corrine Hammond of Australia in round one.

The Milton Keynes player, a runner-up herself in 2015, triumphed 2-1 in the best-of-three-affair.

Sharon Prins of The Netherlands then beat England's Maria O'Brien 2-0.