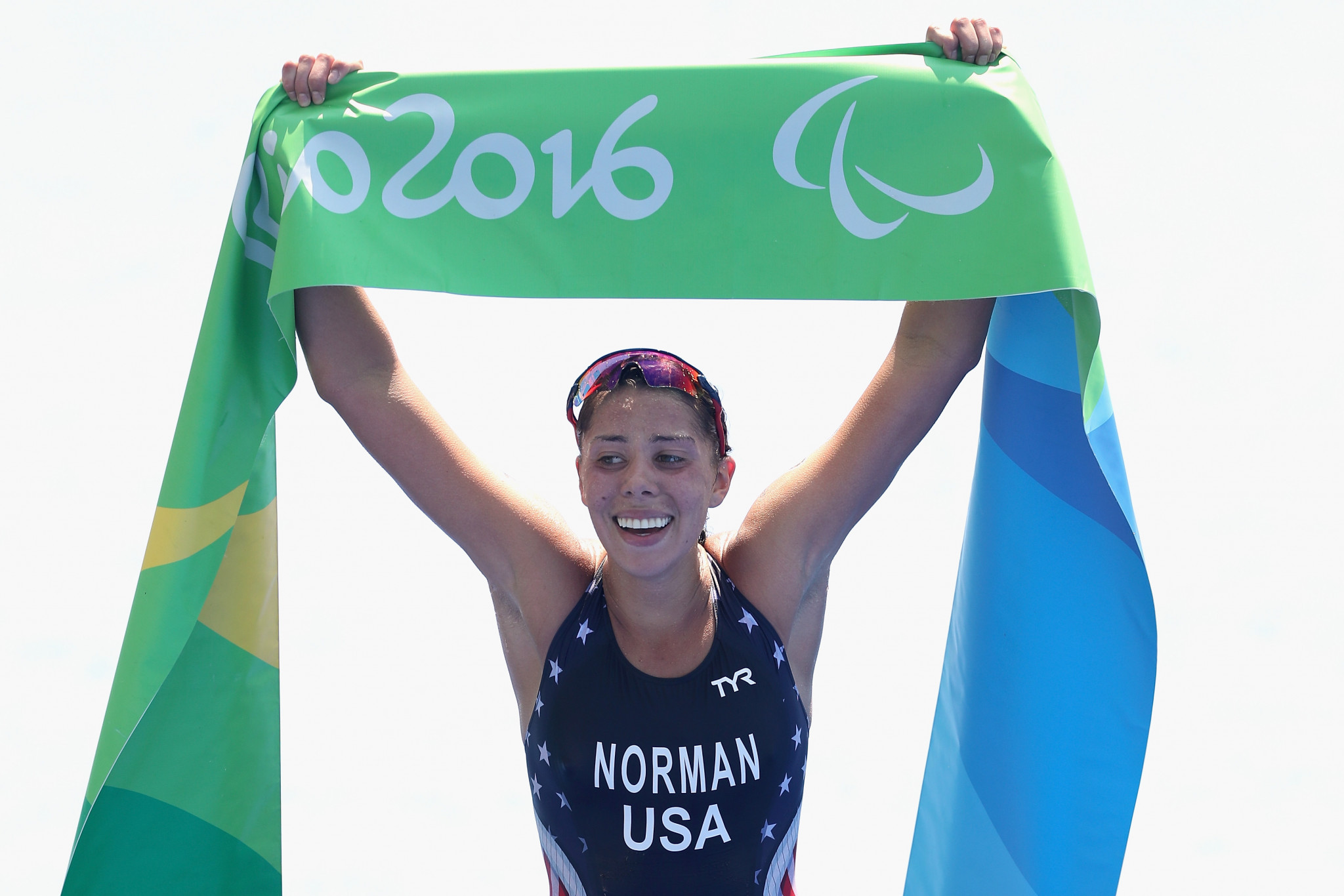 USA Triathlon are already casting an eye towards a new generation of stars for Paris 2024 and Los Angeles 2028 while maintaining a focus on Tokyo 2020.

"Our big goals for Paris 2024 and Los Angeles 2028 is to reach younger athletes and get them involved in the sport," Amanda Duke Boulet, USA Triathlon's Para Triathlon programme senior manager, told the International Paralympic Committee (IPC).

"As with most programmes, finding the funding to support our various initiatives is always a challenge, but we are excited for the future of our programme and our athletes’ successes."

The 19-year-old only took up the sport in 2014, but is now a Paralympic and double world champion after successfully defending her PTS5 world title in September.

"I don't have a lot of competition within the USA in my class as of yet, but I am excited as the sport grows to see more and more competition,” Norman said.

"Training with other athletes is incredible and so important to boost the morale and increase motivation.

The USA topped the medal table in triathlon’s Paralympic debut in Rio in 2016 with four medals, including two golds, while three of their athletes just missed the podium.

“We had a lot to celebrate after Rio 2016, but our challenge was to continue that success,” USA Triathlon communications manager Caryn Maconi said.

“We have seen many rising stars come through the woodwork this season, and each of our Rio 2016 medallists continued their success in various ways.”

All four of the USA’s medallists from Rio have won medals at international events this year, including Norman.

“I have always had the dream of becoming a Paralympian since I was young, but I never thought I would achieve a gold medal and multiple world medals so quickly,” Norman said.

“USA Triathlon has been a big part of my success.

"In the beginning, they provided opportunities for me to race locally, and then once I was named to the national team they have helped with funding, equipment and overall support.

The US won 32 medals in this season’s World Para Triathlon Series and World Cup events and, in  addition, won seven medals at September’s World Championships in Rotterdam.

In October USA Triathlon announced the launch of their Para Triathlon Resident Athlete Programme, set to start in April 2018.

The athletes selected for the programme will benefit from high-performance training services at the US Olympic Training Centre in Colorado Springs and support ahead of Tokyo 2020.

“We see this programme as a big game changer for our elite pipeline here in the US,” Boulet said.

“It gives these few athletes the opportunity to focus 100 per cent on their training and racing for the next two-and-a-half-years before Tokyo 2020.”