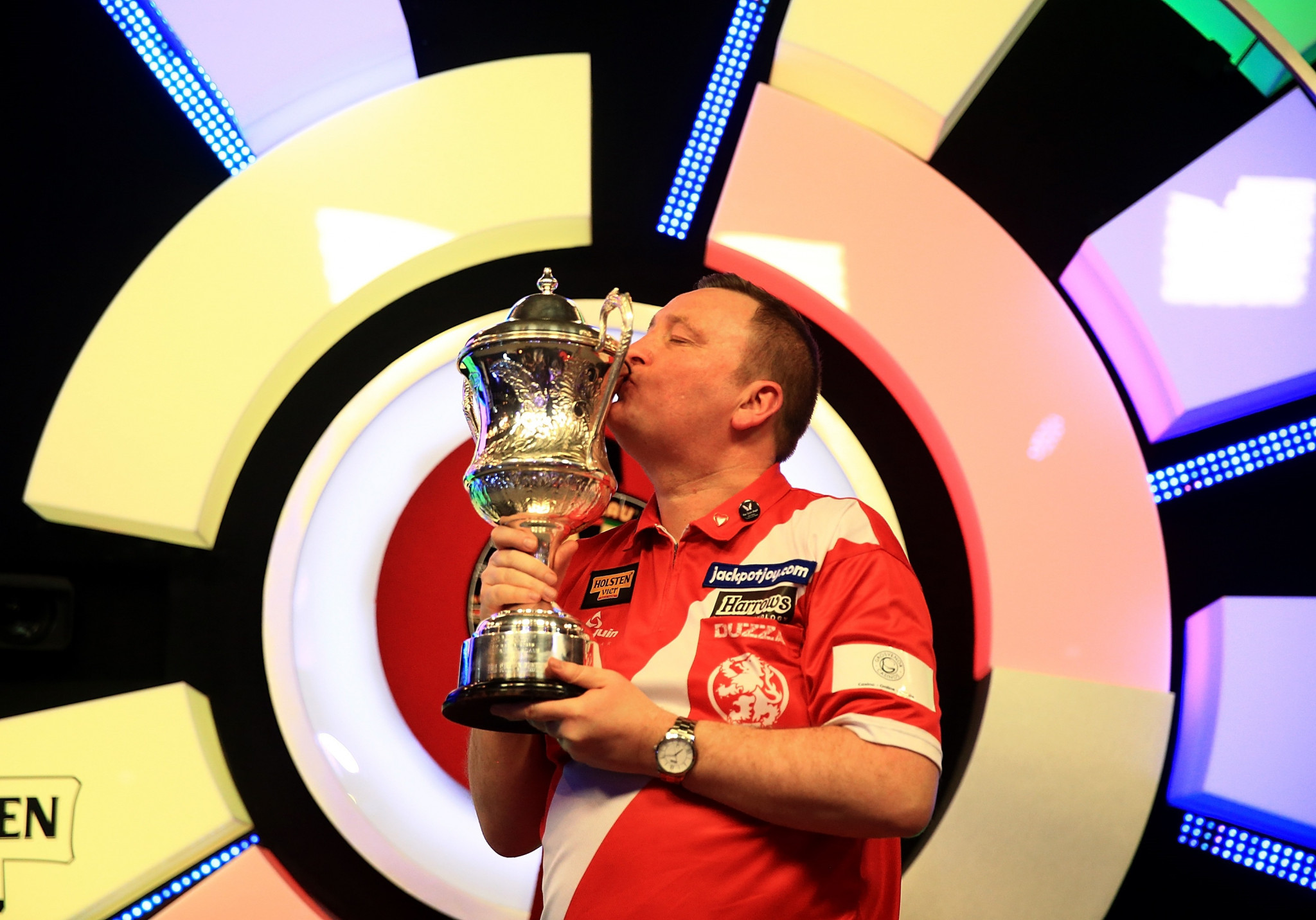 The 2018 British Darts Organisation (BDO) World Championship is due to begin tomorrow with Glen Durrant looking to defend the men's title.

The 47-year-old claimed the first global crown of his career last year by beating Dutchman Danny Noppert 7-3 in the final.

He is the favourite to repeat the feat at the Lakeside Country Club in English village Frimley Green.

Durrant will begin his campaign on Sunday (January 7), when he will meet either compatriot Gary Robson or Brunei's Pengiram Mohamed.

"[2015 BDO world champion] Scott Mitchell told me my first game as world champion will be my toughest game," Durrant, who reached the quarter-finals of the 2017 Grand Slam of Darts, said.

"I always said there wouldn't be any pressure once I've won the world title, but Scott says that's when I will feel it.

"I won't be heartbroken if I don't win the world title again, but at the same time, I don't want to be remembered as a flash in the pan.

"I want to win it again - and not many players have retained it.

"Everyone has a bogey player - and I happen to have possibly drawn mine in the first round."

Among those expected to challenge Durrant is World Masters runner-up Mark McGeeney, who is the number two seed.

England's McGeeney faces an opening-round encounter tomorrow with three-time world champion and fellow Englishman Martin Adams, who will be making his 25th consecutive appearance at the Championship.

Other possible contenders this year are former world champions Mitchell and Scott Waites, and third seed Jamie Hughes, all of whom are from England.

In the women's draw, England's Lisa Ashton is going in search of a fourth world title in five years.

She has been pitted against Wales' Rhian Griffiths in the first round.

World Masters champion Lorraine Winstanley of England is expected to provide Ashton's main competition and will open her bid for glory against compatriot Tricia Wright.

Number one seed Deta Hedman of England will be aiming to end her long wait for a world crown.

She will go up against Norwegian qualifier Rachna David in the first round.

Action in Frimley Green is due to conclude on January 14.