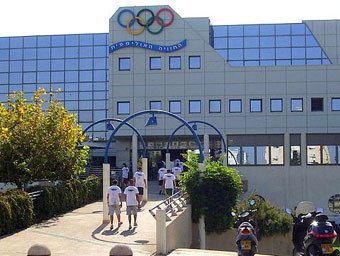 Hundreds of refugee children are among the 35,000 to have visited the Olympic Experience Visitors Centre in Tel Aviv over the past year.

The refugees which visit the centre, run by the Olympic Committee of Israel (OCI), are those who are from African countries and who now reside in Israel.

Refugee children spend an entire day at the facility, where they are given a tour of the Centre and are also lectured by Olympic athletes from the country.

They also benefit from another programme in the nation, entitled "the Refugees Project".

The centre allows visitors to "absorb the values of the Olympic Movement", according to the OCI.

It is part of a widespread effort from the Olympic Movement to improve the lives of people who have been displaced or forced to leave their homes.

An Olympic Refugee Team competed at the Games for the first time at Rio 2016, while the Olympic Refuge Foundation Board held its first meeting earlier this month.

The Foundation was officially launched at the International Olympic Committee Session in Lima in September, with the organisation's purpose to help support projects across the world.

This is part of a bid to create safe, basic and accessible sports facilities for vulnerable people.

It is hoped this will develop sporting activities for refugees to take part in, while sport can also be used as a pathway to social, physical and emotional well-being.