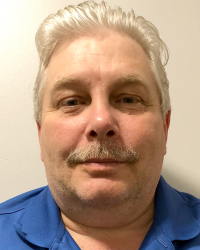 The Federation of International Lacrosse (FIL) has selected veteran Canadian men’s official Brent McCauley to be the referee in chief (RIC) for the 2019 FIL World Indoor Lacrosse Championship (WILC) in Langley in British Columbia.

McCauley served as assessor for the 2011 FIL World Indoor Lacrosse Championship in Czech Republic’s capital Prague and the 2015 WILC hosted by the Onondaga Nation in Syracuse in New York.

He was also chair of officiating for the Canadian Lacrosse Association (CLA) for six years, through to 2016.

An RIC is responsible for guiding all FIL referees and assessors in all officiating matters regarding performance before and throughout a championship event.

It is claimed the position requires "extensive understanding and demonstrated application of FIL indoor rules and interpretations as well as strong practical and theoretical knowledge to evaluate and advise the event referees and assessors in real time".

"I would like to thank the FIL for the tremendous honour to be chosen as the RIC for the 2019 FIL World Indoor Lacrosse Championship," McCauley said.

"I’m looking forward to working with my colleagues to provide the best, fairest officiating we can at this championship."

Tom Sutton, chair of the FIL men’s Officiating Committee, added: "Brent brings a wealth of experience to the WILC.

"Being involved in the last two World Indoor Championships will greatly assist Brent transitioning to RIC position for the 2019 games.

"I look forward to working with him."

The 2019 FIL World Indoor Lacrosse Championship is due to take place at the Langley Events Centre from September 19 to 28.

Steve O’Shaugnessy, CLA director of domestic development, is delighted by the FIL’s decision to appoint McCauley for the next edition of the quadrennial event.

"The Canadian Lacrosse Association is very pleased that Brent McCauley has been selected by the Federation of International Lacrosse as the referee in chief for the World Indoor Championship in Langley," he said.

The FIL is the international governing body for men’s and women’s lacrosse, and currently has 60 member nations.