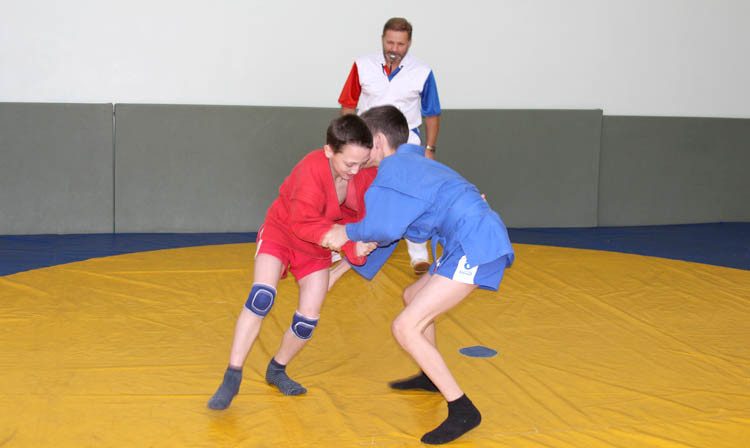 The first sambo tournament for visually impaired boys and girls has been held in Laishevo.

Thirty teenage sambists from three regions of Russia took part in the city in the Republic of Tatarstan.

"The world's first sambo tournament among visually impaired boys and girls has met the highest organisational standards," said Roman Novikov, the head of the Commission for promotion of sambo among the visually impaired and blind at the Russian Sambo Federation.

Viktor Ignatenko, the vice-president of the Moscow Federation of Sambo, acted as chief referee of the tournament.

"Organisers have tried their best to make this sambo festival happen," he said.

"Support of local authorities is crucial in carrying out such socially significant sport events for visually impaired children.

"The executive body of Laishevo region showed a heartfelt attitude to the arrangement of this tournament, and this is a pretty worthy example."

At the end of the event champions were awarded with medals and diplomas.