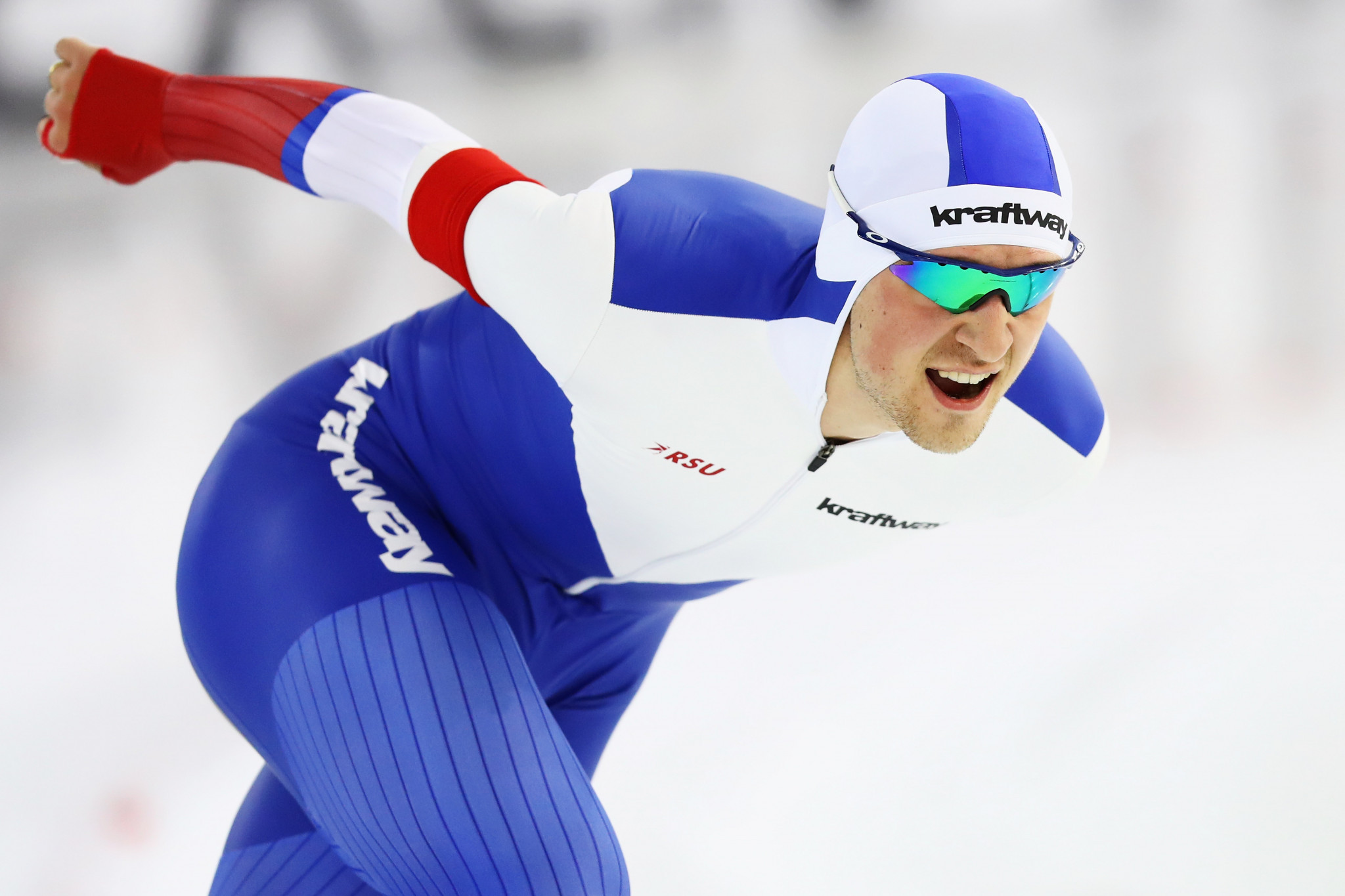 Yuskov had fallen narrowly short of achieving the feat last week in Calgary, but was able to celebrate success this time around at the Utah Olympic Oval.

The World Cup leader achieve a winning time of 1min 41.02sec, just 0.02 faster than American skater Shani Davis managed at the same venue back in 2009.

“I’m tired, because of all those weeks here.

“There was a lot of emotional pressure, because I was thinking of the world record so much.”

Dutch skater Koen Verweij lowered his national record to 1:41.63 to win silver, with team-mate Thomas Krol rounding off the podium in 1:41.95.

Miho Takagi triumphed in the women’s event, as the Japanese skater achieved a time of 1:51.49 to maintain her unbeaten record this season.

She was followed by The Netherlands’ Marrit Leenstra and Russia’s Yekaterina Shikhova, who finished in 1:52.31 and 1:52.86 respectively.

Takagi is now some way clear in the World Cup standings on 400 points, with her nearest rival Leenstra trailing on 190.

Nao Kodaira won the women’s 500m for the second consecutive day, as the Japanese star achieved a time of 36.54.

The world champion left South Korea's Lee Sang-Hwa settling for silver once more, as she clocked 36.79.

Victory maintained Kodaira’s perfect record this season, with the 31-year-old topping the overall standings on 700 points to Lee’s 510.

The men’s race proved less predictable, as Russia’s Ruslan Murashov topped the podium for the first time this season by crossing the line in 34.02.

He was followed by Kai Vebij and Dai Dai Ntab of the Netherlands, who finished in 34.13 and 34.15 respectively.

She finished in a winning time of 8min 53.49sec, with China’s Dan Guo coming across the line 4.05 seconds adrift to win silver.

Lollobrigida extended her World Cup lead over Germany’s Claudia Pechstein, with the Italian now on 220 points to the German’s 152.

Lee tops the World Cup standings on 218 points, followed by Wenger on 175.