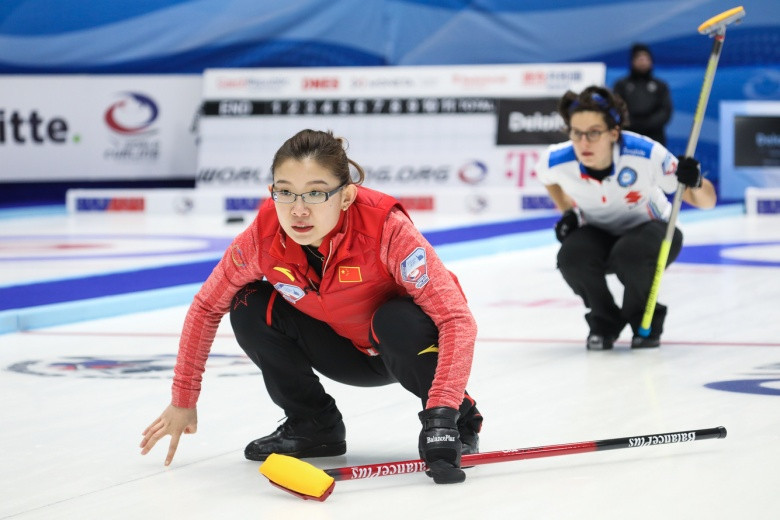 China booked their place in the women's curling tournament at the 2018 Winter Olympic Games as they thrashed Italy at the qualification event in Pilsen in the Czech Republic.

They recorded a comfortable 11-4 win at the Winter Arena Košutka to guarantee their spot at Pyeongchang 2018.

Italy will have a second chance at Olympic qualification when they play Denmark, who finished in third after the round-robin stage, tomorrow.

"It feels so great – this is the third time at the Games," China skip Bingyu Wang said.

"It wasn’t easy for me or the team but we tried our best and we’re going there – we’re so happy.

"I think everyone was a little nervous, so we had some mistakes, but we didn’t lose ourselves, we just continued one rock at a time. This is a big thing for me and the team.

"I think everyone at home will be proud of us."

It was a dramatic final session of the men's round-robin competition in the Czech city as the host nation and Italy progressed to the play-off round.

The Czech side recorded a 8-4 victory over The Netherlands but their chances of securing a play-off berth depended on the result of the match between China and Russia.

Russian skip Alexey Timofeev struck the crucial blow as he scored three when the contest was deadlocked at 5-5 after nine ends.

The Russians then held firm and their 8-5 win meant they were tied on four wins and three losses along with China, Czech Republic and Italy.

The head-to-head record among these four teams determined that Italy ranked second overall and the Czech Republic were third.

Denmark had already progressed and finished the round-robin stage with an 8-3 victory against Italy.

The Danes will play Italy for a Pyeongchang 2018 place, while the loser will face the Czech Republic to determine the second men's qualifier.