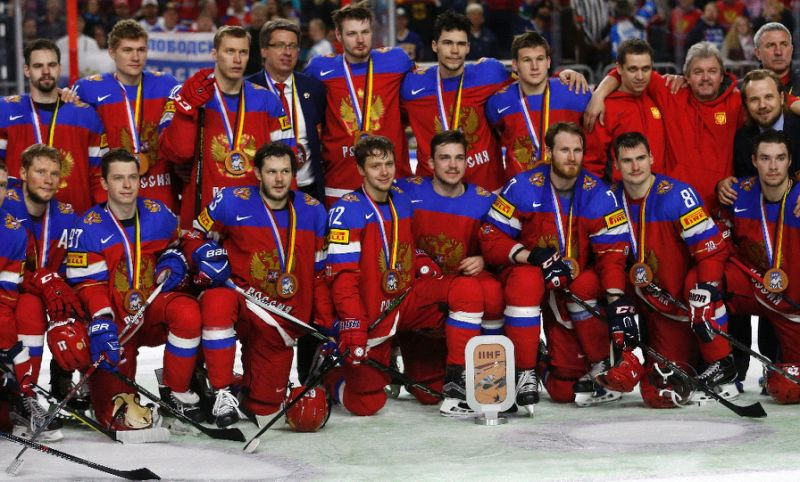 Winter sporting governing bodies have been reminded by the International Olympic Committee (IOC) that only they have the authority to define details of Russia's neutral participation at Pyeongchang 2018.

"We cannot imagine that this comment could really genuinely be from the IIHF, because anyone truly from an International Federation would know very well that these kind of matters are all under the sole authority of the IOC," a spokesperson responded to insidethegames,

IIHF President René Fasel later told insidethegames that they were "waiting for the operational guidelines from the IOC and will follow and respect them".

A key part of the International Olympic Committee (IOC) ruling announced on Tuesday (December 5) defining how the country would compete neutral - under the name "Olympic Athletes from Russia" - at Pyeongchang 2018 stipulated that only the Olympic Anthem would be played in the case of a gold medal being won.

It was made after they proved a "systemic manipulation" of the anti-doping system at events including the 2014 Winter Olympics in Sochi.

A three-person IOC Commission chaired by Aruba's Nicole Hoevertsz is due to iron out the exact details of how Russian athletes will participate.

This will include the question of what exactly is written on Russian uniforms.

Fasel and the IIHF have been outspoken in opposing a Russian suspension from Pyeongchang 2018.

Russia won the bronze medal at this year's IIHF World Championships and would be among the favourites for victory at Pyeongchang 2018 especially as two-time defending Olympic champions Canada and the United States will be without players from the National Hockey League after their decision not to release players for the Games.

In a statement following a meeting of its ruling Council before the IOC decision last month, the IIHF said they "oppose the collective punishment" in the case of Russian athletes and accused the IOC of putting the sport "at risk".

Chernyshenko, formerly the President and chief executive of Sochi 2014, added that the KHL is "ready to respond accordingly" if such a plan goes ahead.

He has since been withdrawn from the IOC Coordination Commission for Beijing 2022 by the IOC for his alleged complicity in the "systemic manipulation" of the anti-doping system at Sochi 2014.

It is not yet clear whether this threat will be followed through - but Russian President Vladimir Putin has announced they will not boycott the Games as a result of the decision.

"We will see where things are tomorrow, in the next 48 hours," Fasel added to Russia's official state news agency TASS news after the decision was announced on Wednesday (December 6).

"We have to see how Russia will react.

A total of 25 Russian athletes have since been retrospectively disqualified from Sochi 2014 for their involvement in the doping scandal.

A decision has yet to been announced, however, on seven female ice hockey players allegedly involved in the tampering of urine samples at their home Games.

The identity of the players, part of a Russian team which finished sixth at Sochi 2014, has not been revealed.

Two of the seven are accused of submitting samples showing readings that were physically impossible to be held by a woman, it is claimed.

Russian Deputy Prime Minister Vitaly Mutko claimed earlier this year that the duo could have obtained male DNA within their urine samples via sexual intercourse.