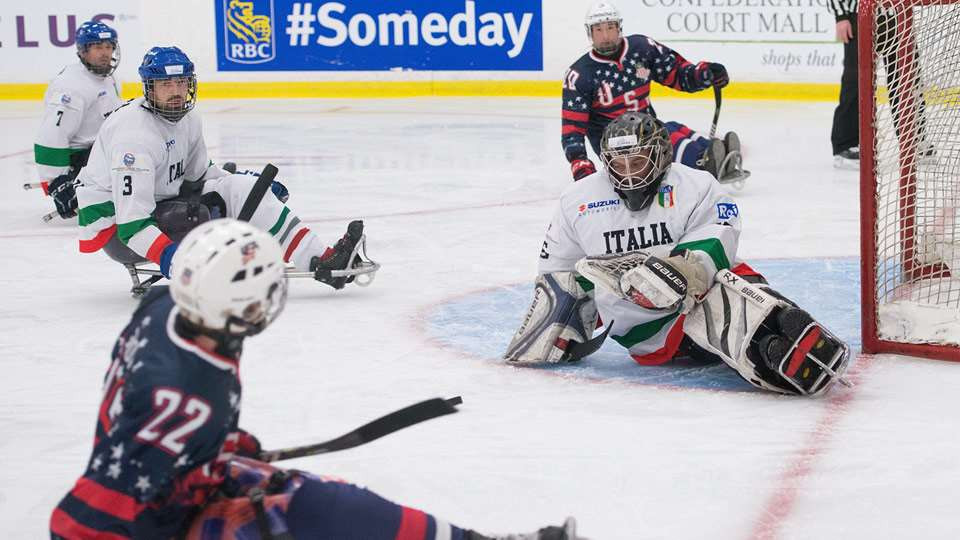 Hosts Canada will meet the United States in the 2017 World Sledge Hockey Challenge final after recording semi-final victories in Charlottetown.

Both teams were clear favourites heading into their semi-final matches at the MacLauchlan Arena, having ended as the top two in the round robin.

The US had topped the standings to set up a clash with winless Italy, offering them a chance of reaching the final for the seventh consecutive year.

The defending champions dominated the early stages of the match, with Brody Roybal and Josh Misiewicz scoring in their first period of the tie.

A brace from Adam Page in the second period saw the American team ease into a comfortable 4-0 lead, but there was cause for celebration for Italy when Sandro Kalegaris struck at the start of the final section of the match.

Declan Farmer rounded off an impressive display from the US team by scoring their fifth, adding to his two assists from earlier in the match.

The 5-1 victory saw the American team move one step closer to winning their fourth straight gold at the event.

Canada, who have ended as the runner-up at the last two editions, progressed by securing a comfortable win over South Korea.

Two goals from Liam Hickey came either side of a strike from Antoine Lehoux, as Canada stormed into a 3-0 lead in the first period of the match.

There appeared little chance of a South Korean fightback when Hickey completed his hat-trick.

A powerplay goal from Greg Westlake and Bryan Sholomicki effort put Canada 6-0 up heading into the closing period.

James Dunn struck twice in the final period to wrap up a convincing 8-0 success for the Canadian team.

While Canada will take on the US in the final on Saturday (December 9), Italy will meet South Korea in the battle for bronze.