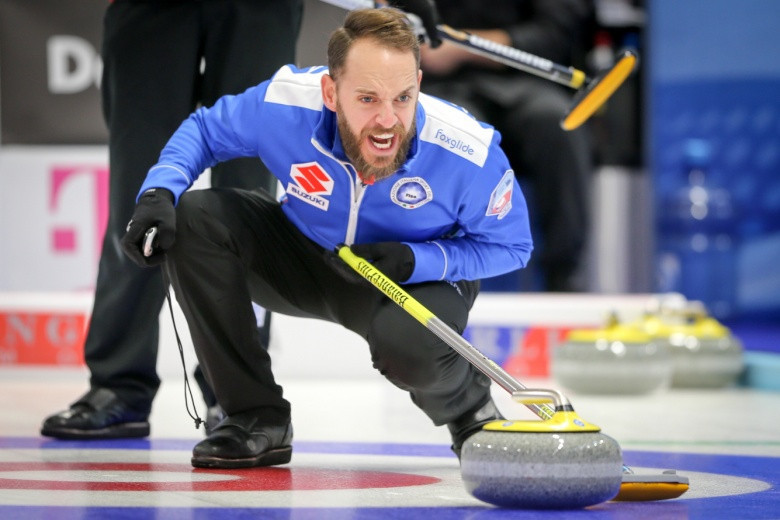 China, Denmark and Italy are locked in a three-way tie for top spot in the men's tournament at the World Curling Federation's Olympic Qualification Event in Pilsen.

All three teams won their respective matches in the only men's session to be held at the Winter Arena Košutka in the Czech city today.

China claimed a narrow 7-5 win over The Netherlands in a tense contest, while Denmark battled to nervy 10-9 win against Finland.

Italy overcame Germany 6-4 to join the other two nations in the battle for first place on the leaderboard.

The three teams all have a three wins and one loss record at the tournament, where the last two places for the 2018 Winter Olympic Games in Pyeongchang are up for grabs.

"It felt like two games, the first one we won after five ends and then they demolished us in the second-half.

"It was only because Johnny [third player Frederiksen] played two monsters in the last end that we came away with the win.

"I'll take it though - any win is really important; every win right now is so important."

The same three teams are battling for first place in the women's event.

China suffered their first defeat of the event in the morning session as they were on the wrong side of an 8-5 scoreline against Italy.

The Italians then beat Germany 10-9 to join the race for top spot.

Denmark are the other team in contention after they overcame Latvia 10-9 in the evening session.

Action continues at the event tomorrow.

Round-robin play will be held until December 9, with the top three teams in both the men's and women's tournaments progressing to a page play-off system.