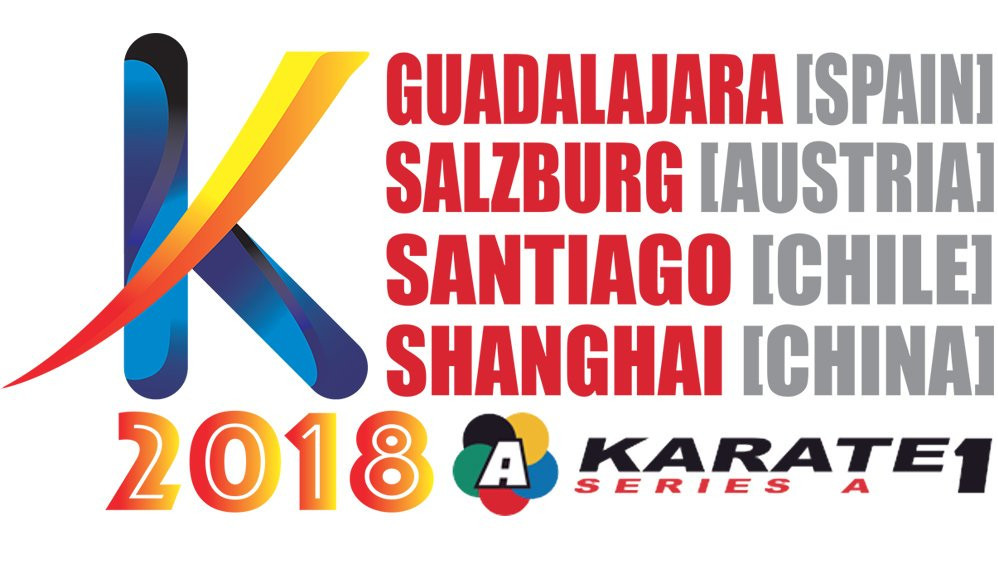 The schedule for the 2018 Karate 1-Series A has been announced by the sport’s world governing body.

Next year’s edition of karate’s top-level event is due to begin in Spanish city Guadalajara from February 9 to 11 and conclude in Shanghai in China from December 7 to 9.

There will also be stops in Salzburg in Austria from March 2 to 4 and Chile’s capital Santiago from September 21 to 23.

Both China and Chile are new destinations for the Karate 1-Series A, which was created this year to offer more opportunities for leading athletes to compete at the highest level.

The World Karate Federation (WKF) describes them as "two top developing countries in the sport".

The competitions in Shanghai and Santiago will guarantee that athletes from Asia and South America will have the opportunity to increase their position in WKF world rankings.

"The inclusion of Karate 1-Series A in Shanghai and Santiago responds to the growing interests of hosts to organise top karate competitions," a WKF statement reads.

"Besides, the addition of the two new venues occurs ever since two hosts of this year’s edition will be part of 2018 Karate 1-Premier League.

"Following their successful participation in 2017 Karate 1-Series A, the tournaments in Turkey and Japan were included in 2018 Karate 1-Premier League with tournaments to be held in Istanbul and Tokyo respectively."

The Karate 1-Series A aims to continue the expansion of the sport with open championships of unprecedented scale and quality.

A total of 3,524 athletes participated in the 2017 edition with an average of nearly 900 competitors per event.

The tournaments in Istanbul and Salzburg were the most attended with 1,134 athletes from 73 countries participating in the former and 1,122 competitors from 75 nations competing in the latter.