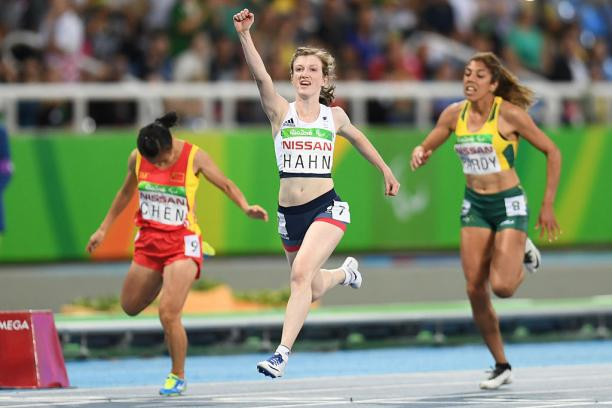 The International Paralympic Committee (IPC) has stated its belief that classification is "fit for purpose" in a second submission to the UK Government's Digital, Culture, Media and Sport Committee (DCMS) looking into the issue in Paralympic sport.

The submission was sent on the same day as a second DCMS Select Committee hearing, which the IPC is not attending.

On October 31, a first hearing took place at the Houses of Parliament in London.

Grey-Thompson told Members of Parliament that British athletes were threatened with not being selected if they spoke out about classification concerns.

In its second submission to the DCMS, the IPC has acknowledged "that improvements have, can and will be made by the IPC to continually make the system more robust for all athletes".

It claimed its classification is fit for purpose, reiterating a claim made by IPC President Andrew Parsons last month.

The aim of the IPC’s second 14-page submission, including comments and clarifications, is to provide context to much of the oral and written evidence provided during the hearing in October.

This includes highlighting and clarifying what it claims to be "multiple factual inaccuracies" when Breen gave oral testimony to the Committee.

Breen alleged athletes did not speak out because they had been "intimidated and bullied".

He recounted a conversation with British Para-athletics head coach Paula Dunn in which he claimed she suggested Paralympic sprint champion Sophie Hahn was competing in the wrong category.

"From his oral evidence, it is perfectly clear that Mr Breen - who has no expertise, qualification or training in the area of athlete classification - does not have a proper understanding of the subject," the IPC concluded in its submission.

"It is greatly concerning for all involved that his testimony contained so many factual inaccuracies that did nothing but serve his own objectives.

"The serious question that must be posed to the DCMS Select Committee is whether Mr Breen can be considered a credible witness on Paralympic classification."

The second submission also includes details of the international standards and procedures for protests and appeals about classification and the existence and operation of the IPC Board of Appeal of Classification.

In the 42 points contained within the document, the IPC recognises that the processes whereby people can raise issues about classification on a domestic and international level do need to be improved.

It is claimed that work is already underway in this area and that one example of progress has been advancing the development of a whistleblower policy and procedure.

"At the same time we seek to improve the processes whereby classification concerns can be heard and voiced without fear, it needs to be noted that those who make complaints to the IPC also have a certain responsibility to accept merited results of an investigation," the IPC submission said.

As well as strongly defending the IPC’s system of classification, Parsons has also criticised the way in which British such as Hahn have been accused of bending the rules during the recent wide-ranching debate occasioned by the DCMS session on the subject.

"I am absolutely convinced that our classification system is fit for purpose," he said.

"We have a very robust programme in place, although of course there is always room for improvement.

"I am aware of the debate that has recently being going on over this subject in the UK.

"But to have people saying that 'the classification system is broken' is completely far from the truth.

The second IPC submission can be read in full here.