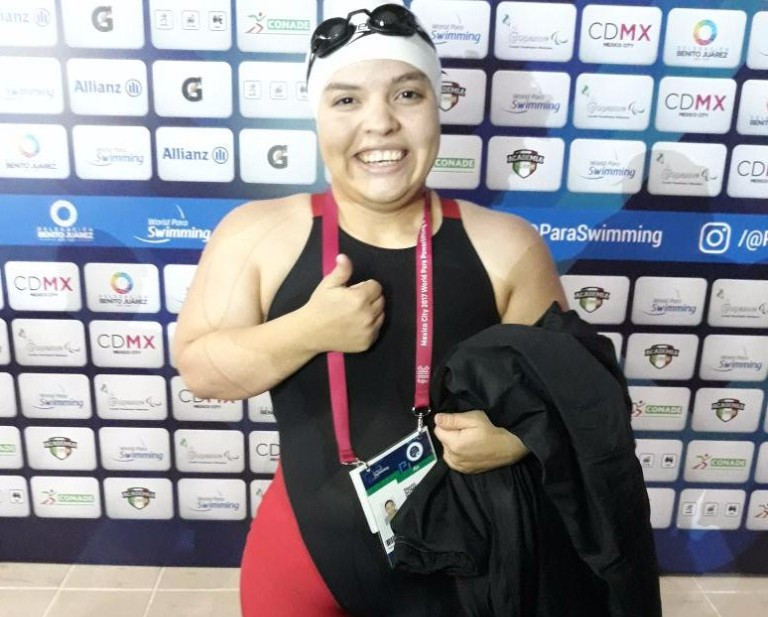 The Mexican swimmer was able to finish the race in a time of 37.76 seconds at the Francisco Marquez Olympic Swimming Pool, which proved just enough to secure her maiden world title.

She finished just 0.20 clear of the United States' McKenzie Coan, a three-time Paralympic champion, allowing the 19-year-old to add to the silver medal she earned two days ago.

The podium was completed by Spain's Judit Rolo Marchial, who won the bronze medal in a time of 40.15.

China continued to remain the dominant force in the pool, with Jiao Cheng winning the women's 50m breaststroke SB3 event in a world record time of 52.65.

Italy's Monica Boggioni and Mexico's Patricia Valle rounded off the medal positions after clocking times of 54.83 and 1min 0.82sec respectively.

Lingling Song added to the Chinese gold medal haul by triumphing in the women's 100m backstroke S6 competition in 1:24.47, securing her third title of the Championships in the process.

Mexico's Vianney Delgaldillo was 11 seconds off the winner's pace as the runner-up, while the US' Sophia Herzog touched home in 1:40.01 to secure the bronze.

The result moved him onto 28 world titles to date, while American swimmer Jessica Long clinched the 26th gold of her career by winning the women's 100m backstroke S8 final.

The Para Powerlifting World Championships, which is being held alongside the swimming event as part of the Para Sport Festival, also continued today.

The men's 80kg title was earned by Iran's Majid Farzin, with the Paralympic champion managing a total of 227kg.

China's Gu Xiaofei was unable to defend his world title as he settled for silver on 222kg, while Jordan's Abdelkareem Khattab clinched bronze by lifting 221kg.