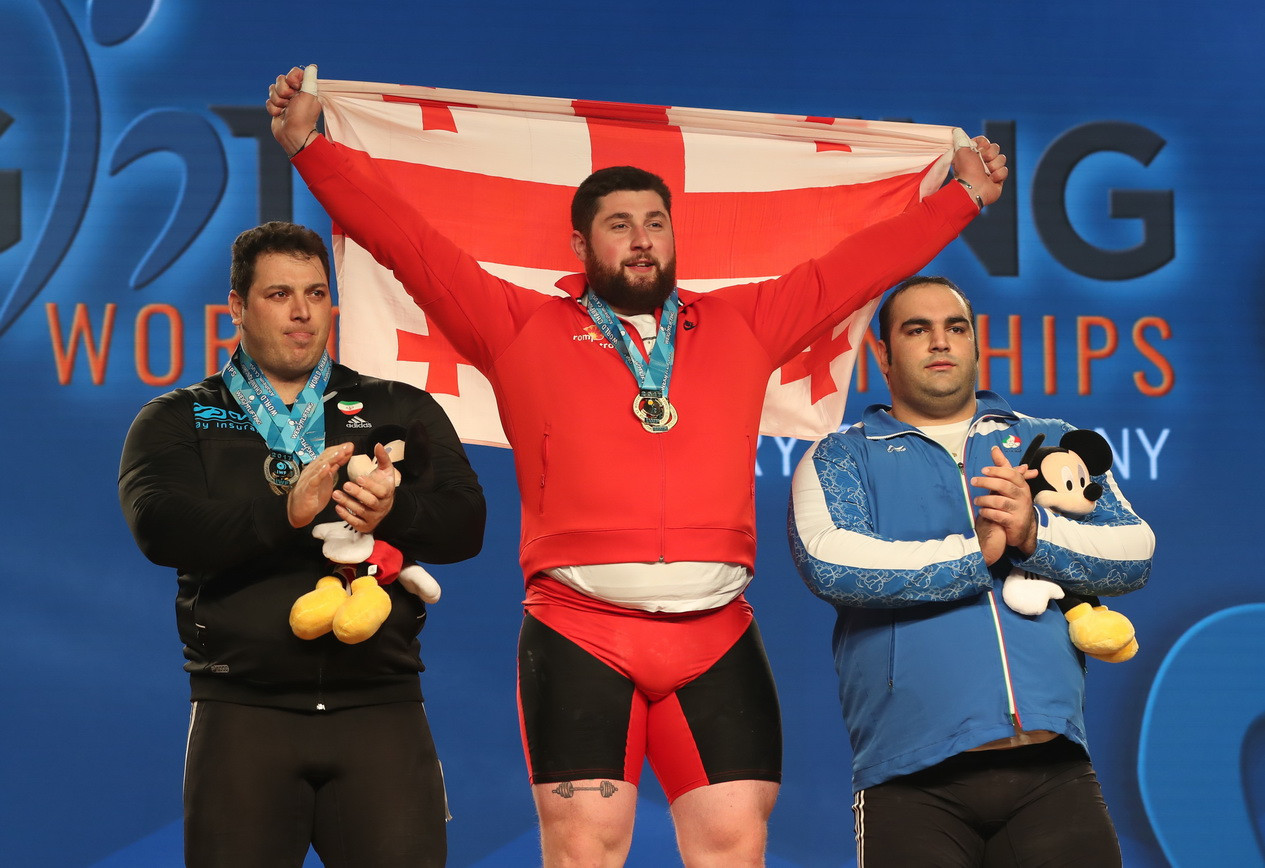 Reigning Olympic champion Lasha Talakhadze broke the men’s over 105 kilograms snatch and overall world records on his way to claiming a hat-trick of gold medals on the final day of the 2017 International Weightlifting Federation (IWF) World Championships here.

The 24-year-old Georgian won the snatch with 220kg, adding 3kg onto his previous best mark which he set in April.

He then managed 257kg with his last clean and jerk lift to register a world record total of 477kg, bettering the 473kg he registered in winning Olympic gold in Rio de Janeiro last year.

Talakhadze, the 2015 world champion, has become the second man to win the men’s over 105kg overall world title one year after claiming the Olympic title.

Iran’s Hossein Reza Zadeh was the first in 2005.

Today’s overall silver medallist was Iran’s Saeid Alihosseini, who came third in the snatch with 203kg and the clean and jerk with 251kg for a total of 454kg.

Compatriot Behdad Salimikordasiabi rounded out the overall podium with 453kg.

The London 2012 Olympic gold medallist finished second in the snatch with 211kg and fifth in the clean and jerk with 242kg.

His third clean and jerk lift at 252kg was initially deemed a good one before controversially being reversed by the jury.

He would have beaten Alihosseini to clean and jerk bronze and overall silver had it not been reversed.

Estonia’s Mart Seim, the runner-up to Talakhadze at the 2015 World Championships in Houston, won the clean and jerk silver medal with 253kg.

The Rio 2016 Olympic bronze medallist and reigning Pan-American champion Robles was successful with all six of her lifts as she claimed a clean sweep of the titles to the delight of the home crowd.

She won the snatch with 126kg before coming out on top in the clean and jerk with 158kg for an unrivalled total of 284kg.

The last time an American woman won a World Championships was in 1994, when Robin Goad won the 50kg category in Istanbul.

"I just went out there and made my lifts," Robles said.

"I felt really strong and I was so happy to do this in front of my mom, my team-mates and my country."

The New Zealander missed her last lift in the snatch at 127kg to finish second to Robles on 124kg.

She then finished fourth in the clean and jerk with 151kg for a total of 275kg.

Rounding out the overall podium was Egypt’s Shaimaa Ahmed Khalaf Haridy with 268kg.

Haridy finished fourth in the snatch with 115kg and second in the clean and jerk with 153kg.

Completing the top three in the clean and jerk was Thailand’s Duangaksorn Chaidee with 152kg.