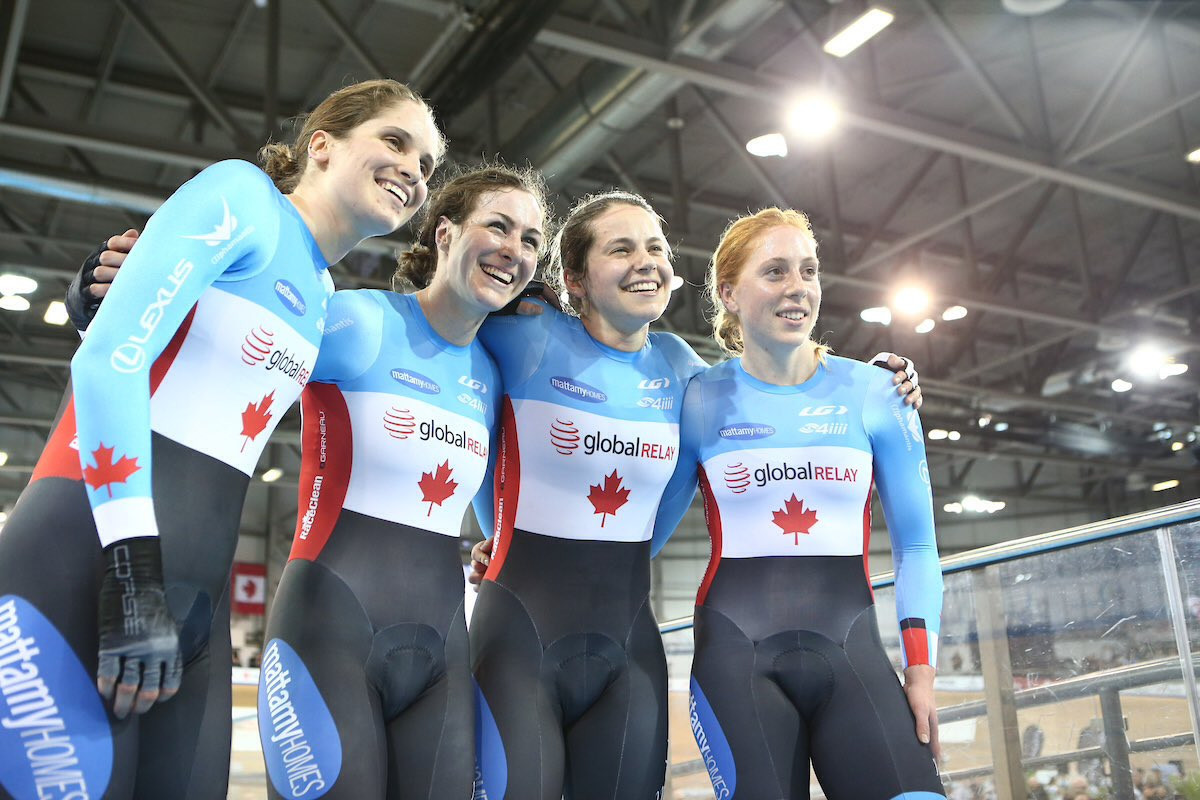 Harrie Lavreysen won gold in the Keirin on the second day of the International Cycling Union (UCI) Track World Cup in Milton, Canada.

The 20-year-old sprinter managed to leave Welshman Lewis Oliva, of Great Britain, and the German Joachim Eilers behind in the final.

It was Lavreysen's  third gold in the World Cup following a Sprint gold in Manchester and Team sprint gold in Pruszków, Poland.

The men's medal competition began with the Team Sprint, won by reigning world champions New Zealand in a close final against Great Britain, with the Czech Republic beating France for bronze.

New Zealand finished in a time of 43.336, just over half a second faster than Great Britain who stopped the clock in 43.922.

In the women's events, Canada took a very popular win in the Team Pursuit, pipping the New Zealand team in the gold medal race, with France beating Japan for bronze.

She secured a comfortable victory in the Sprint competition ahead of Dutch riders Shanne Braspennincx and Laurine van Riessen, giving her three wins in three rounds for the Sprint, and a total of seven wins when the Team Sprint and Keirin are included.

Japan took their first win of the season in the women's Omnium, with Yumi Kajihara leading from start to finishing, impressively winning all four events.

Remarkably, Canada's Allison Beveridge rode the Team Pursuit final for gold and then less than 30 minutes later competed in the Omnium Points Race to take silver ahead of Great Britain's Eleanor Dickinson.

The final event was the men's Madison, with the Belgium duo of Kenny de Ketele and Lindsay de Vylder scoring in all but two intermediate sprints to take the win ahead of New Zealand and Great Britain.