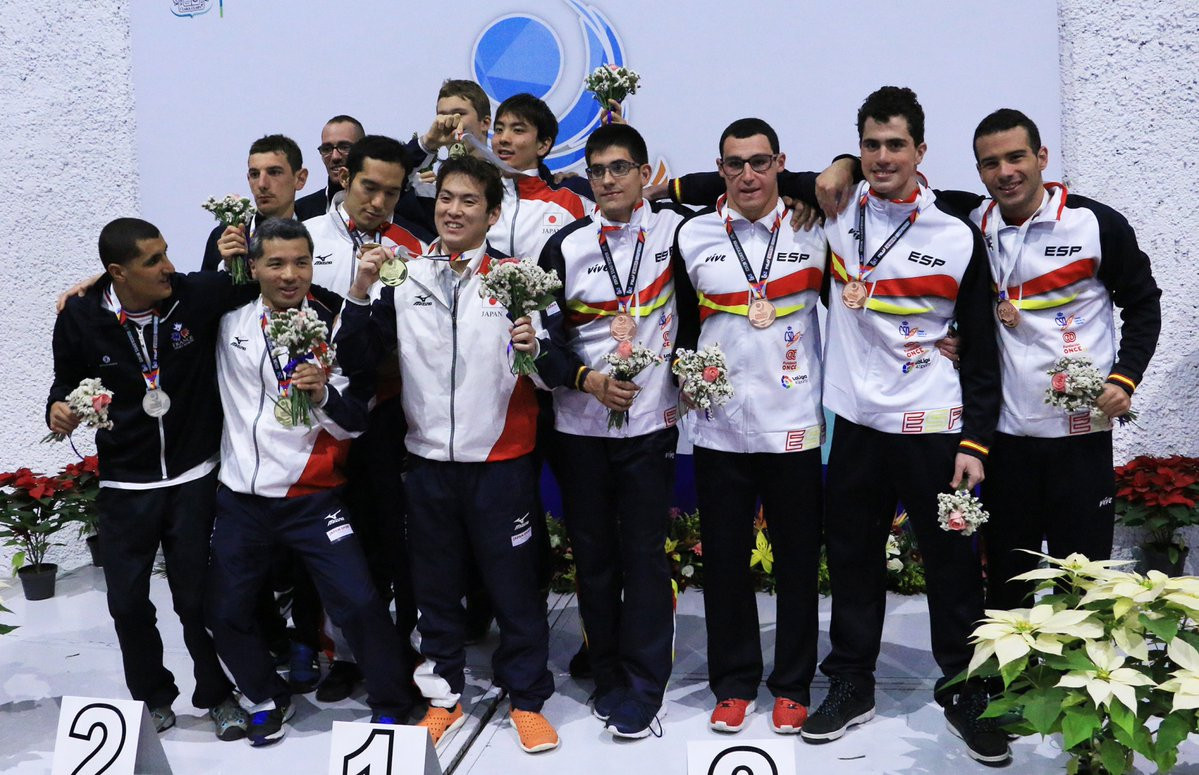 The Japanese team looked to be out of contention for a place on the podium but lightning legs from Haruki Takayanagi and Shunya Murakami saw the quartet finish in a combined 8min 52.75sec.

Yasuhiro Tanaka and Yuki Yamanaka were also on the Japanese squad.

Oliveira then secured her third gold medal in two days as the 17-year-old Brazilian prevailed in the women’s 100m freestyle S14 in 1:04.41.

Leslie Cichoki of the United States did enough for silver as she held off the challenge of Australia’s Jade Lucy, who was forced to settle for the bronze medal.

Maillet triumphed in the men's equivalent as he clocked 56.51 to beat the Brazilian duo of Andre Luis Bento Silva and Gutemberg De Souza, who ended with silver and bronze respectively.

Yaushiro Tanaka added to the Japanese success as he led home a one-two from the Asian nation in the men’s 50m breaststroke S14.

Tanaka touched the wall in 33.20 to oust compatriot Shinichi Hirota, while bronze went to Vladimir Hlavec of the Czech Republic.

The event in the Mexican city concludes tomorrow.