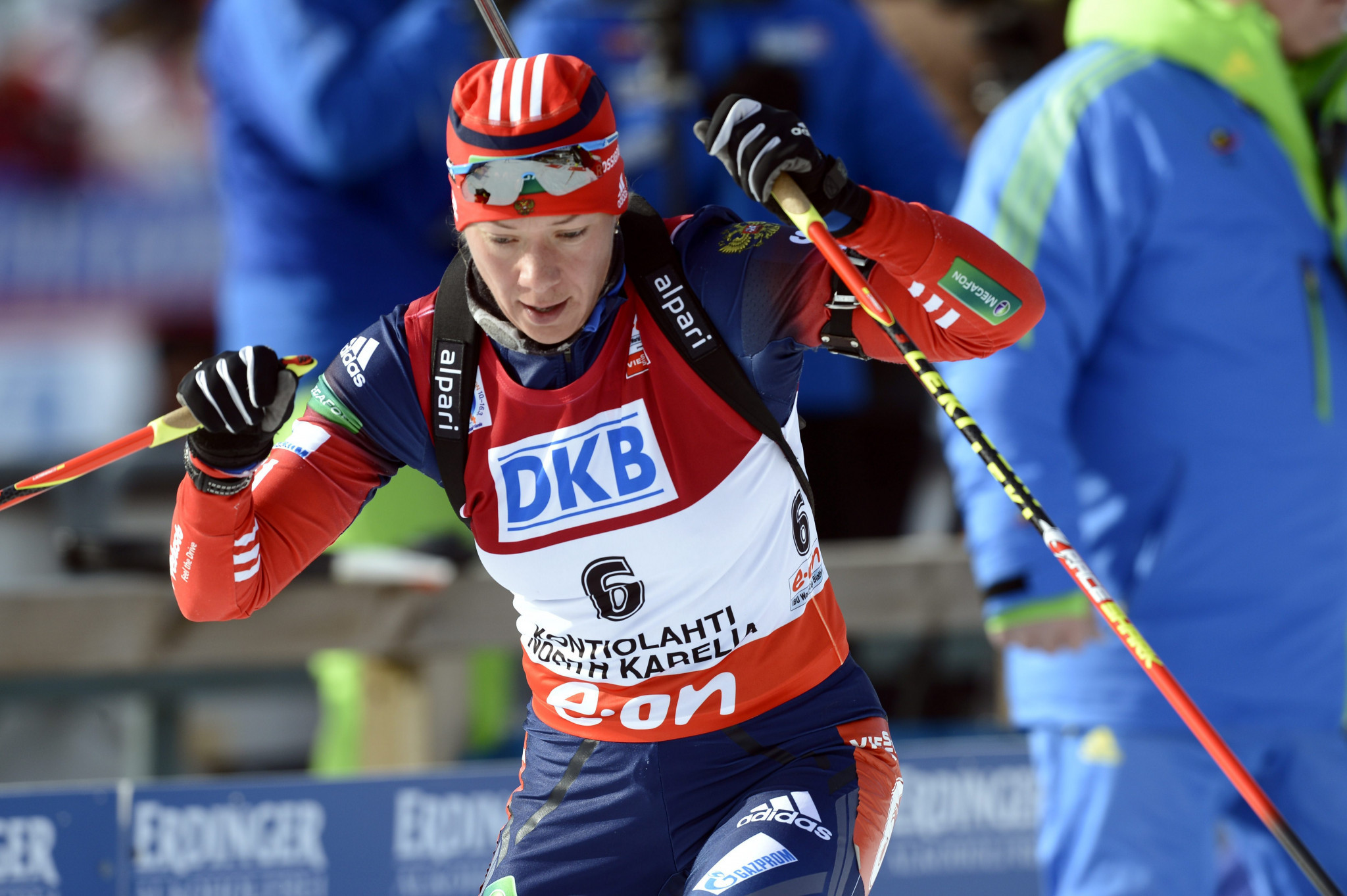 Twenty-five athletes from the country have now been sanctioned following their home Games as the IOC investigates a massive doping scandal.

As well as Zaitseva, who won silver as part of Russia's 4x6 kilometres relay quartet in Sochi, cross-country skiers Yulia Chekaleva and Anastasia Dotsenko have also been disqualified.

Like the other Russians sanctioned to date, all three have been declared ineligible for future editions of the Olympic Games as well as having their Sochi results declared void.

The relay team had already been stripped of their medals as two other members, Yana Romanova and Olga Vilukhina, were earlier punished by the Owsald Commission.

Ekaterina Shumilova is the remaining team member with Norway now set to win silver and the Czech Republic bronze, behind gold medallists Ukraine.

The IOC said they would release reasoned decisions for their verdicts against the trio "in due course", with today's announcement only confirming that they had been found guilty of anti-doping rule violations.

However, it has previously been reported that 39-year-old Zaitseva, who is now retired, was under investigation due to scratches found on her urine samples.

This reportedly followed IOC analysis conducted in conjunction with a Lausanne Laboratory.

All of the Russians involved so far have been accused of involvement in a doping and sample tampering programme at Sochi 2014.

Those still competing are expected to appeal to the Court of Arbitration for Sport in a bid to be able to participate at the Pyeongchang 2018 Winter Olympics in February.

Russian participation at the Games in South Korea remains in doubt amid the crisis with the IOC due to make a decision on the issue on Tuesday (December 5).

Individual hearings have been held with 26 Russian athletes so far, with figure skating gold medallist Adelina Sotnikova the only person cleared.

The IOC said 36 disciplinary cases had been opened, however, paving the way for results against 10 more athletes to be released.

However, they seem to be operating to a tight deadline to reveal this information with Tuesday's verdict looming.

The Oswald Commission, led by Swiss IOC member Denis Oswald, has been working to develop a scientific basis for proving claims that urine sample bottles had been interfered with.

In its first reasoned decision on a disqualified athlete this week, the IOC concluded that cross-country skier Alexander Legkov should be banned as "conclusive multiple T marks" had been found on his sample bottles.

The International Ski Federation admitted yesterday that the evidence was "convincing" and suspended Legkov and five other skiers.

Rodchenkov's evidence has provided much of the fuel for the claims against Russia but he is a pariah in his home country.

She also won silver in the 12.5km mass start event in Vancouver and is a triple world champion.

In Sochi, she also finished fourth in the mixed relay and competed in four individual events with a best finish of 11th.

"Olga Zaitseva retired and will therefore not be competing in the upcoming season or in any qualification events," an International Biathlon Union (IBU) statement said.

"She was also provisionally suspended by the IBU to attend any IBU event in any capacity."

Chekaleva had a best finish of sixth in the 4x5km cross-country relay and didn't make the top ten in three other disciplines.

Dotsenko was sixth in the team sprint and 22nd in the individual sprint.