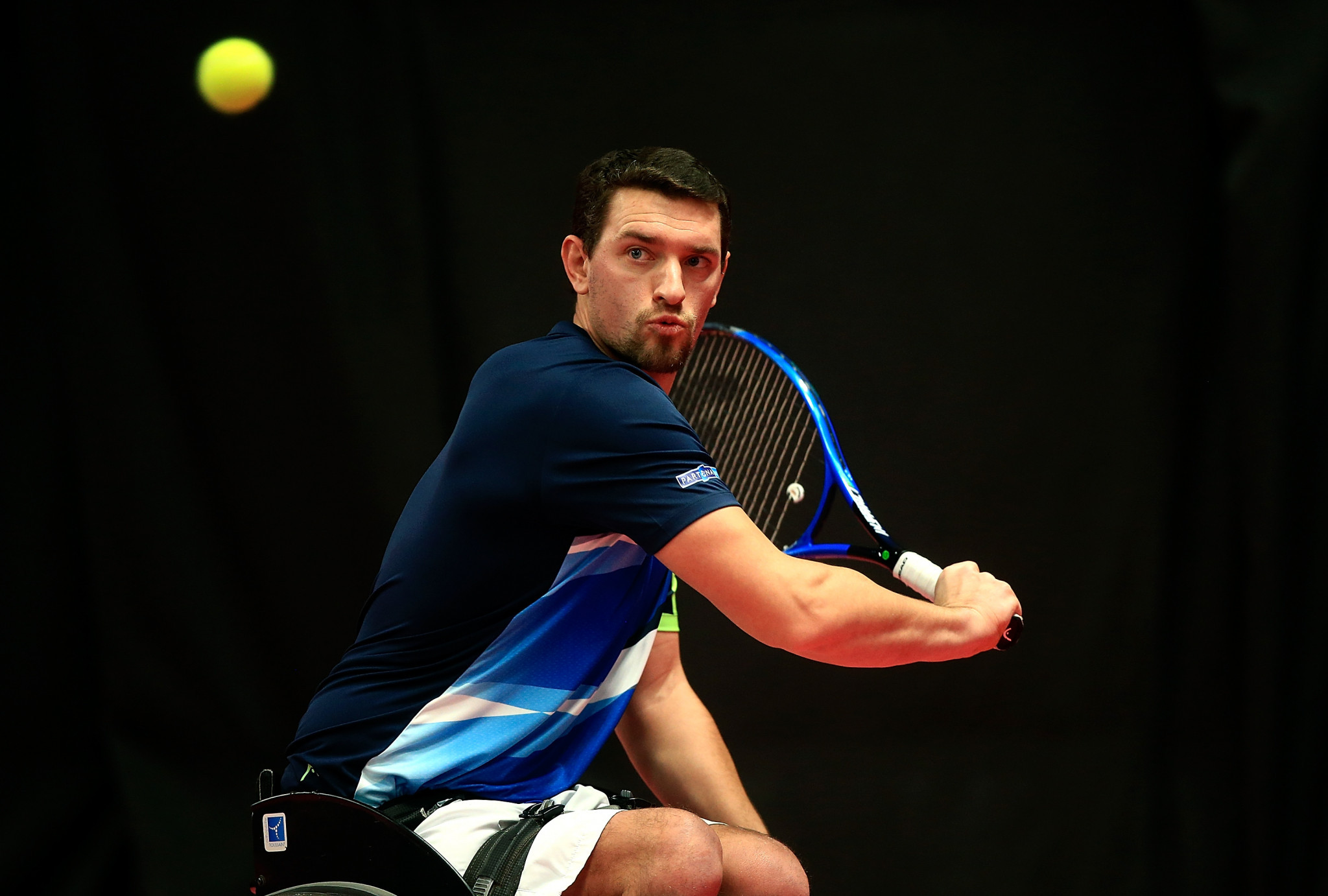 Defending champion Joachim Gerard booked his place in the semi-finals of the NEC Wheelchair Tennis Masters men’s competition in Loughborough.

The Belgian built on his opening victory yesterday by beating Gustavo Fernandez at the Sport Loughborough Tennis Centre.

Gerard came from behind against the Argentine to earn a 5-7, 6-2, 7-6 win in the Pool A encounter, ensuring him of a place in the last four.

Britain’s Gordon Reid boosted his prospects of reaching the semi-finals after bouncing back from his first day loss, as he claimed a 3-6, 6-4, 6-3 win against France’s Nicolas Peifer.

Shingo Kunieda tops the Pool B standings with two wins, as the Japanese player triumphed 2-6, 6-4, 6-2 against home favourite Alfie Hewett.

Stephane Houdet earned his first victory of the tournament, with the Frenchman easing to a 6-2, 6-3 success against Stefan Olsson of Sweden.

Aniek Van Koot emerged as the winner of the second Pool A match of the day, with the Dutchwoman triumphing 6-1, 6-2 against Katharina Kruger of Germany.

The United States’ David Wagner progressed to the semi-finals of quad singles event, as the defending champion sealed his second win of the competition.

Sithole will meet Brazil’s Ymanitu Silva tomorrow to decide the second place finisher in the pool.

The winner will set up a clash with Pool B winner Andy Lapthorne, with the British player sealing a 6-2, 7-5 win over Australia’s Heath Davidson.

Davidson and Britain’s Antony Cotterill will clash tomorrow for the right to meet Wagner.