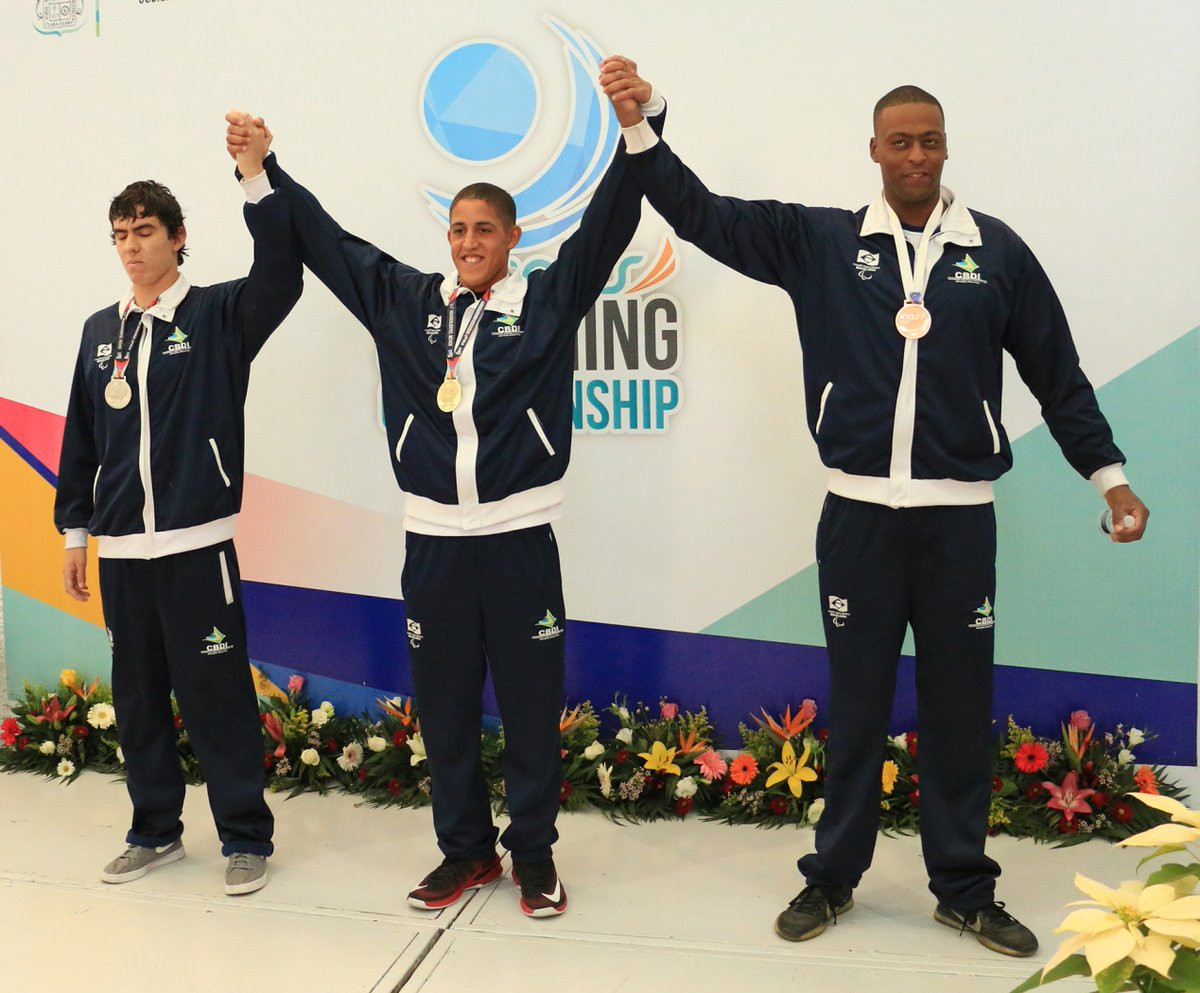 He was followed by Gustavo De Oliveira Nunes and Andre Luiz Bento Silva, with his compatriots rounding off the podium in times of 26.34 and 27.08 respectively.

She clocked 28.94 in the freestyle race to win gold ahead of Japan’s Kasumi Fakui, who took silver in 30.33.

Bronze was earned by Leslie Cichoki, with the American finishing in 30.49.

Oliveira took the backstroke gold in a time of 2min 46.89sec, with Australia’s Jaime-Lee Getson and Poland’s Angelica Koniecko clocking 2:50.56 and 2:53.23 to round off the top three.

A hat-trick of golds for Oliveira came in the women’s 4x50m relay, with the Brazilian team combining to win the event in 1:58.51.

The hosts were also able to celebrate success on the opening day as Alejandro Alvarado won double gold.

He triumphed in a 50m freestyle event in a time of 28.25, with team-mate Angel Fernando Gutierrez ending second in 29.34.