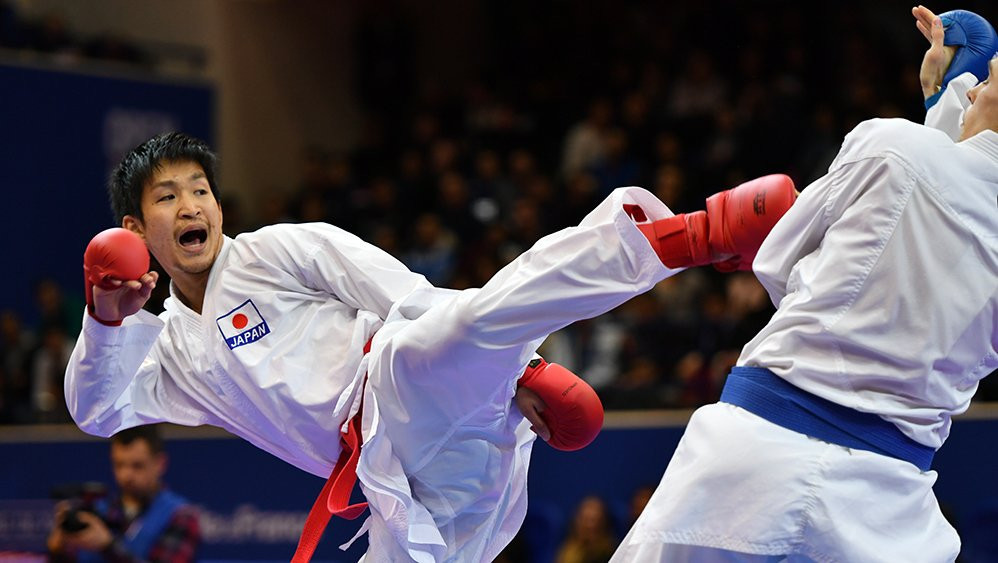 Ayumi Uekusa and Ryutaro Araga guided Japan to the top of the medals table at the final Karate 1-Series A competition of the year in Okinawa.

Uekusa rounded off her fantastic year in the women’s over 68 kumite event, adding to her victories at the World and Asian Championships, as well as the World Games.

The Japanese star delighted the home crowd at the Okinawa Prefectural Budokan, as she convincingly beat Russia’s Vera Kovaleva 5-0 in the gold medal match.

It meant Uekusa had earned six gold medals in her seven tournament appearances in 2017.

Araga followed his team-mate’s success by prevailing in the men’s under 84kg kumite event, as the world champion overcame Italy’s Nello Maestri by 2-0 in the final.

Hiroto Shinohara claimed the hosts third title of the day by winning the under 67kg division, before their men’s and women’s kata squads clinched golds.

It placed the host nation at the top of the final medals table, having claimed seven golds over the two days of action.

Japan did not have everything their own way, as Italy’s Luigi Busa triumphed in the men’s under 75kg kumite division.

Ukraine’s Anzhelika Terlyuga then emerged as a 3-2 winner over Japan’s Shiori Nakamura in a tightly fought women’s under 55kg kumite final.

His team-mate Saleh Abazari also beat Brazilian opposition in the over 84kg competition, as he won 2-0 against Hocine Daikhi.