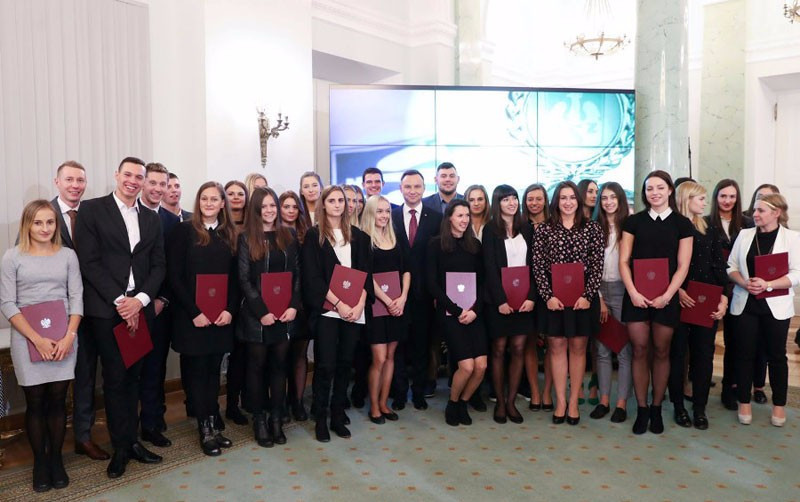 Polish President Andrzej Duda has congratulated the country's medallists from the 2017 Summer and Winter Universiades.

Duda, a former member of the Polish Student Sport Association (AZS) who took part in several skiing competitions, met athletes in Warsaw and presented them with gratitude letters.

The meeting was also attended by university rectors as well as several officials including Jan Widera, the Vice-Minister of Sport and Tourism, and the AZS President Alojzy Nowak.

Poland finished fifth out of 56 countries at the Winter Universiade in Almaty, Kazakhstan, winning five gold, two silver and four bronze medals in January and February.

The country came 11th out of 145 with 25 medals at the 2017 Summer Universiade in Taiwan's capital Taipei in August.

The next Winter and Summer Universiades will be held in 2019 in Krasnoyarsk, Russia, and Naples, Italy, respectively.