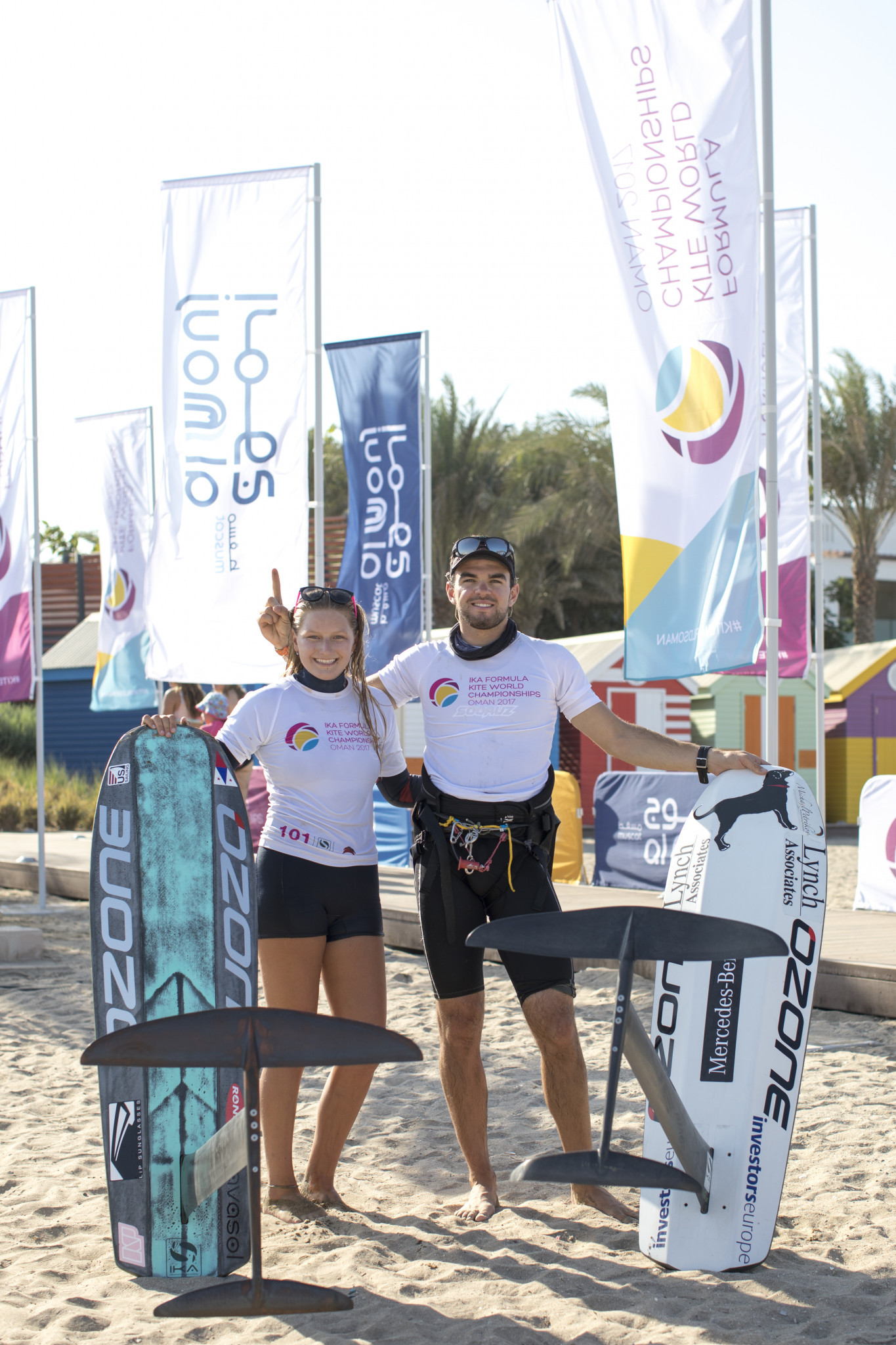 Parlier had been top of the platinum flight leaderboard since overtaking Britain's Oliver Bridge on day two and had the title wrapped up even before the final race had begun on the last day of the competition.

The 22-year-old's victory in Oman adds to the IKA KiteFoil Class world title that he secured in Italy last month.

Summing up his win in Oman, Parlier said: "It was a good day.

"I won today in the medal series after the second race and could have stayed on the beach and still have won, so in the end it was easy.

"But still, the level of competition was really high and it was tough.

"We're going faster and faster, and I really like that because the standard of our sport is going up."

In the women's fleet, Daniela Moroz had an even better week than Parlier as she stayed top of the leaderboard throughout the tournament, eventually finishing a massive 27 points ahead of nearest rival Elena Kalinina of Russia.

The 16-year-old could not contain her excitement following her win.

"It's really, really good," she said.

"Coming into this there was a lot of expectation heaped on me, but I managed to stay calm.

"I just had fun with it and tried to keep all the pressure out of my mind."

The five-day regatta was played out in front of a stunning mountain backdrop with breezes varying from six to 20 knots, challenging 58 riders from 22 different countries and six continents.