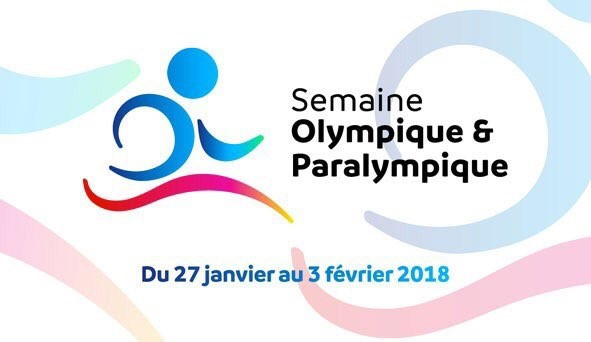 Paris 2024 has announced the dates for its 2018 Olympic and Paralympic week.

The event will be held between January 27 and February 3 next year.

It will be the first major event for the Paris 2024 Organising Committee, which is expected to be officially formed in January.

The French capital was confirmed as the 2024 hosts of the Olympics and Paralympics at the International Olympic Committee Session in Lima in September.

At the same time, Los Angeles was awarded the 2028 Games as part of an historic double-award.

An inaugural Olympic and Paralympic Week was held this year when Paris was still in the bidding phase.

It brought the Paris bid into the French national curriculum and saw Olympic and Paralympic sport "takeover" schools across the country.

Youngsters were able to try out new sports, engage with athletes and understand the values of Olympism.

According to Paris 2024, the week will continue "a commitment to engage the French youth in the Olympic and Paralympic Movements, and to use the Games as a catalyst to boost participation in sport among children".

"A major legacy of the bidding phase, the Olympic and Paralympic Week offers the opportunity for young people to discover Olympism, to change their perception of disability, and to discover new skills," said Paris 2024 President Tony Estanguet, a triple Olympic canoeing champion.

"Paris 2024 is committed to build a more active, and more inclusive generation.

"That is why we are mobilising all of our stakeholders in the world of sport and education behind this cause, and we will continue to drive towards this ambition."

Paris will host the Olympics for the third time, and the first time in exactly a century since the 1924 Games.

Laura Flessel, the French Sports Minister, added: "We are seven years from Paris 2024.

"In these seven years, we have the honour of bringing to France the beautiful adventure of the Olympic and Paralympic Games.

"We want to mobilise the people of this nation from a very young age, because it's the youngsters of today who will become the 2024 generation.

"The Olympic and Paralympic Week is an amazing opportunity to raise awareness of the values of sport and Olympism.

"The National Day of Sport, which will be celebrated every September 13, will also be an important moment for our national to focus on the Games."