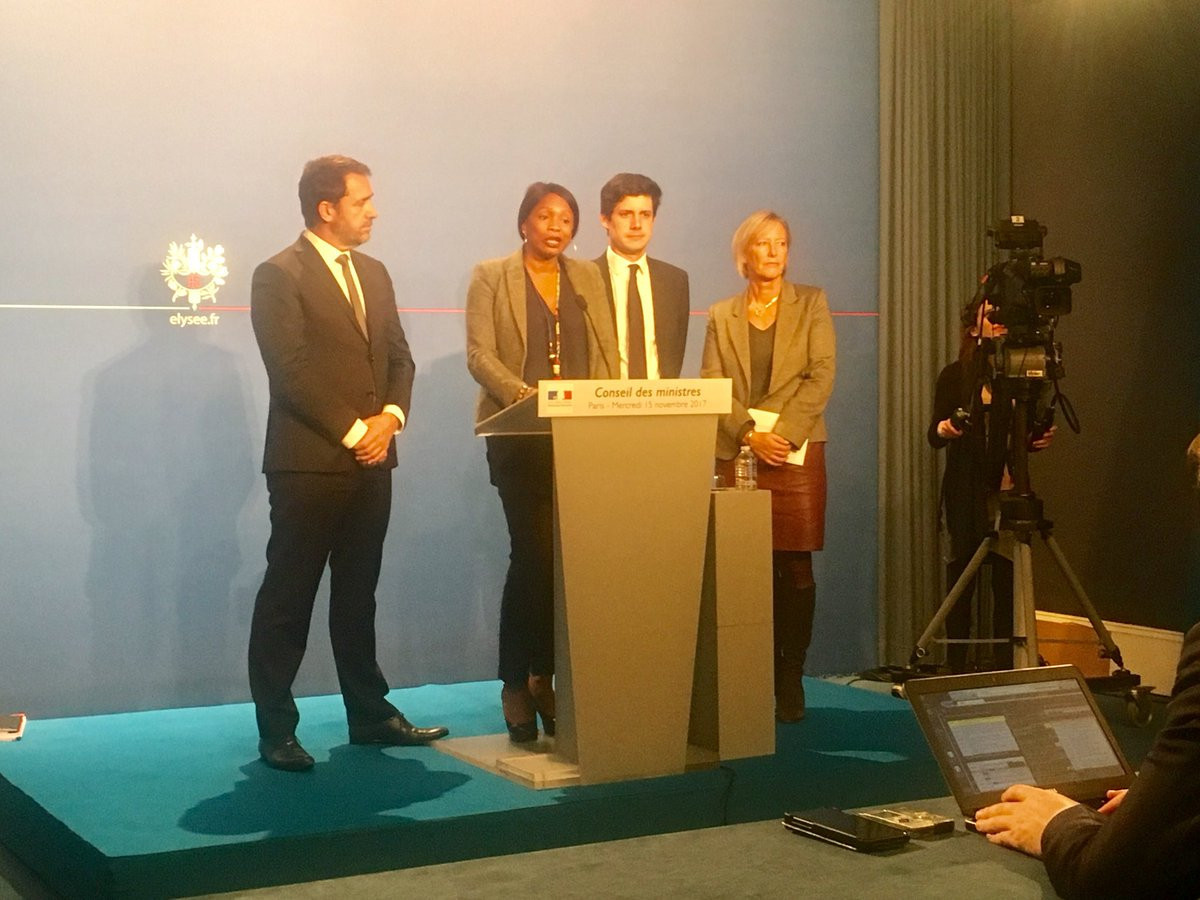 French Sports Minister Laura Flessel has claimed Paris 2024 recognise it is their "national duty" to ensure financial transparency in the Organising Committee after she presented the Olympic Law to the French Council of Ministers today.

Flessel, a two-time Olympic gold medallist in fencing, insisted the Organising Committee had "no reluctance" to accepting the provisions in the Law.

Subject to assent from the National Assembly, the President and principal directors of Paris 2024 will have to offer a declaration of inheritance and interests to the French authority for ensuring transparency in public life.

These statements will not be made public, however, given that the leaders have not been publicly elected.

It comes after Paris 2024 were criticised in the French media after reports claimed Tony Estanguet, the International Olympic Committee member who is set to be named President of the Organising Committee, would earn €452,000 (£405,000/$537,000) a year.

Paris 2024 said the figures were inaccurate and denied that the amounts mentioned were the remuneration levels of the individuals concerned.

The Organising Committee also came under fire, however, for spending a reported €1.5 million (£1.3 million/$1.8 million) on the Paris 2024 delegation's trip to the IOC Session in Lima, where the French capital was officially confirmed as hosts of the Olympics and Paralympics in seven years' time.

This was criticised as the Session was effectively a coronation for Paris 2024 and Los Angeles 2028.

"The Organising Committee has recognised this is a national duty," Flessel said.

Today, 🇫🇷 Sports Minister @FlesselLaura introduces the #OlympicLaw, a standard procedure that, for 2024, will focus on #integrity, #transparecy and #engagement #Paris2024 https://t.co/EruvW4DX4c

"We have a responsibility to our fellow citizens.

"In principle, we started by saying: we work on ethics, integrity and transparency."

The rules also include a series of emergency procedures for the expropriation of buildings, but only for commercial use.

The Law also stipulates that the communities concerned must "concede for free and without competition their public domain to the OCOG".

There will be the customary emphasis on protecting the official partners of the Olympic and Paralympic Games.

They will be allowed to "install advertising devices on buildings classified or listed as historical monuments hosting competitions".

Official sponsors will also be eligible to appear "within 500 metres" around the venues, up to 30 days before the Opening Ceremony of the Olympic Games and 15 days after the Paralympic closing.