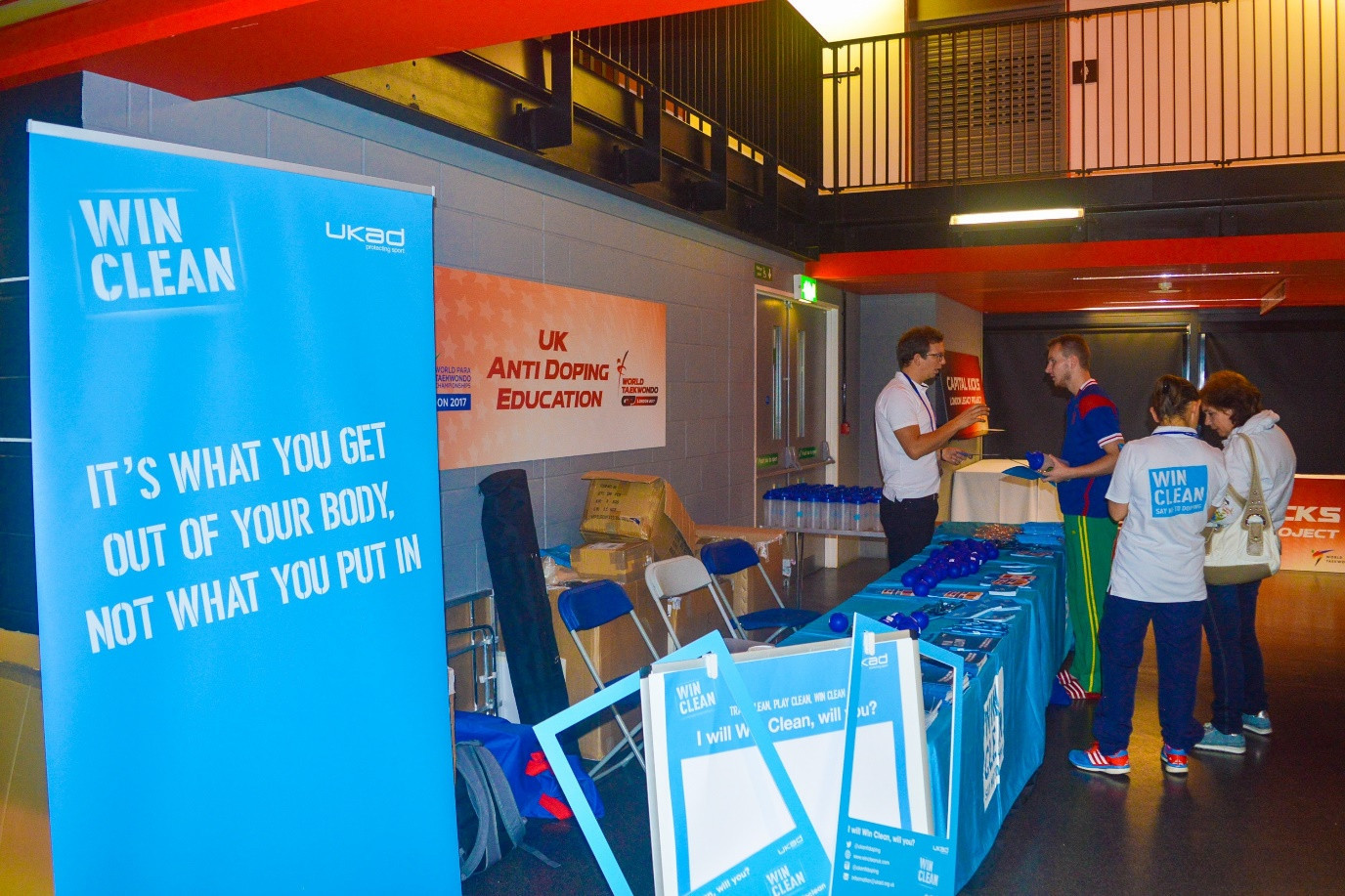 World Taekwondo has teamed up with UK Anti-Doping (UKAD) to deliver an anti-doping education outreach programme aimed specifically at its Para-athletes.

A UKAD education stand was set up during the recent World Para-Taekwondo Championships held at the Copper Box Arena in London.

It targeted athletes, coaches, athletes’ entourages and the general public, including young students from local schools.

A total of 120 athletes were engaged and provided with information about anti-doping.

They were also asked to sign a pledge wall.

Word Taekwondo claims it is continuing to develop its Para-taekwondo anti-doping education programmes and engaging with athletes to ensure they make the right decisions.

"Many athletes are on medication for their impairments and so it is particularly important that they are familiar with the anti-doping rules and aware of the consequences of any violations," a statement on the international governing body’s website reads.

"In particular, WT (World Taekwondo) and UKAD spread the knowledge about risk of doping and the therapeutic use exemption process to ensure that athletes with genuine medical problems remain fully engaged in sport despite their need for the use of a prohibited substance."

World Taekwondo insists it has "zero-tolerance" on doping and is doing everything possible to ensure a level playing field for its Para-athletes with the sport preparing for its Paralympic Games debut at Tokyo 2020.

"A unique opportunity was offered to Para-taekwondo athletes for remaining clean during the four years of preparation before the first-ever Paralympics Games in taekwondo’s history," the statement adds.

The event attracted 263 athletes from a record-breaking 59 countries.

It is claimed the significant increase in the number of athletes from the 2015 World Championships in Turkish city Samsun, which attracted athletes from 38 countries, reflects the dramatic rise in the global popularity of the sport in recent years.

World Taekwondo says it is committed to ensuring that the sport is as accessible as possible as it aims to deliver on its vision of taekwondo for all.

In the build-up to the Tokyo 2020, the biennial World Para-Taekwondo Championships are set to become an annual event.

It means a further edition will be held next year.