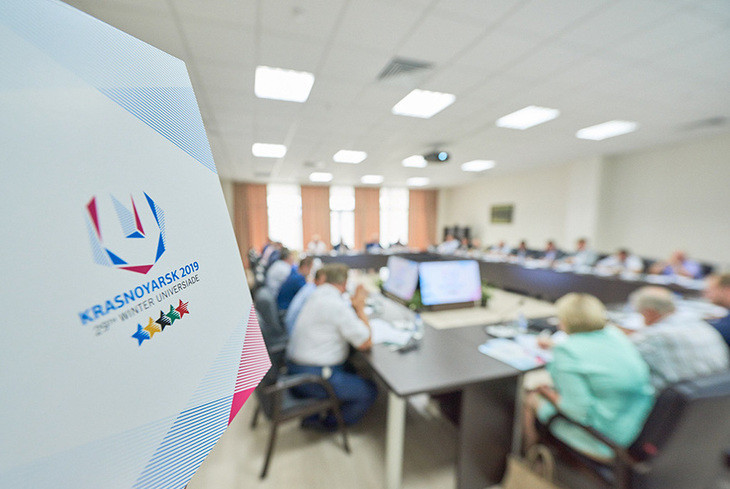 An interdepartmental working group has met to finalise plans for the development of information and communication and telecommunication infrastructure required for the 2019 Winter Universiade in Krasnoyarsk.

Those present for the meeting included Viktor Tomenko, chairman of the Government of the Krasnoyarsk Territory, and Oleg Pak, the Russian Deputy Minister of Communications and Mass Media.

Others present included representatives from the Russian Ministry of Communications and Internal Affairs as well as the FSB Intelligence Services.

"Now we are, as they say, on the march - we have already done a lot of work related to the preparation of the system project, the determination of the amount of financing, the distribution of all types of work on the creation of the ICT infrastructure, for which the Ministry of Communications and the Krai Government are responsible," said Tomenko.

"Today I propose to fix the current state of affairs, discuss a number of problematic issues and outline a plan for further actions."

The Winter Universiade will take place in the Russian city from March 2 to 12.

Russian Sports Minister Pavel Kolobkov claimed preparations for Krasnoyarsk 2019 were on track last month after chairing a meeting of the Supervisory Board overseeing the organisation of the event.

It came after Russian President Vladimir Putin warned in March that organisers must ensure there are no delays in constructing and renovating venues.

Pak also noted that there was not much time to finalise provisions.

"I consider the format of our interdepartmental group the most optimal for the interaction of all participants in this process," he said.

"The closer the event, the more complex issues arise that require maximum coordination."