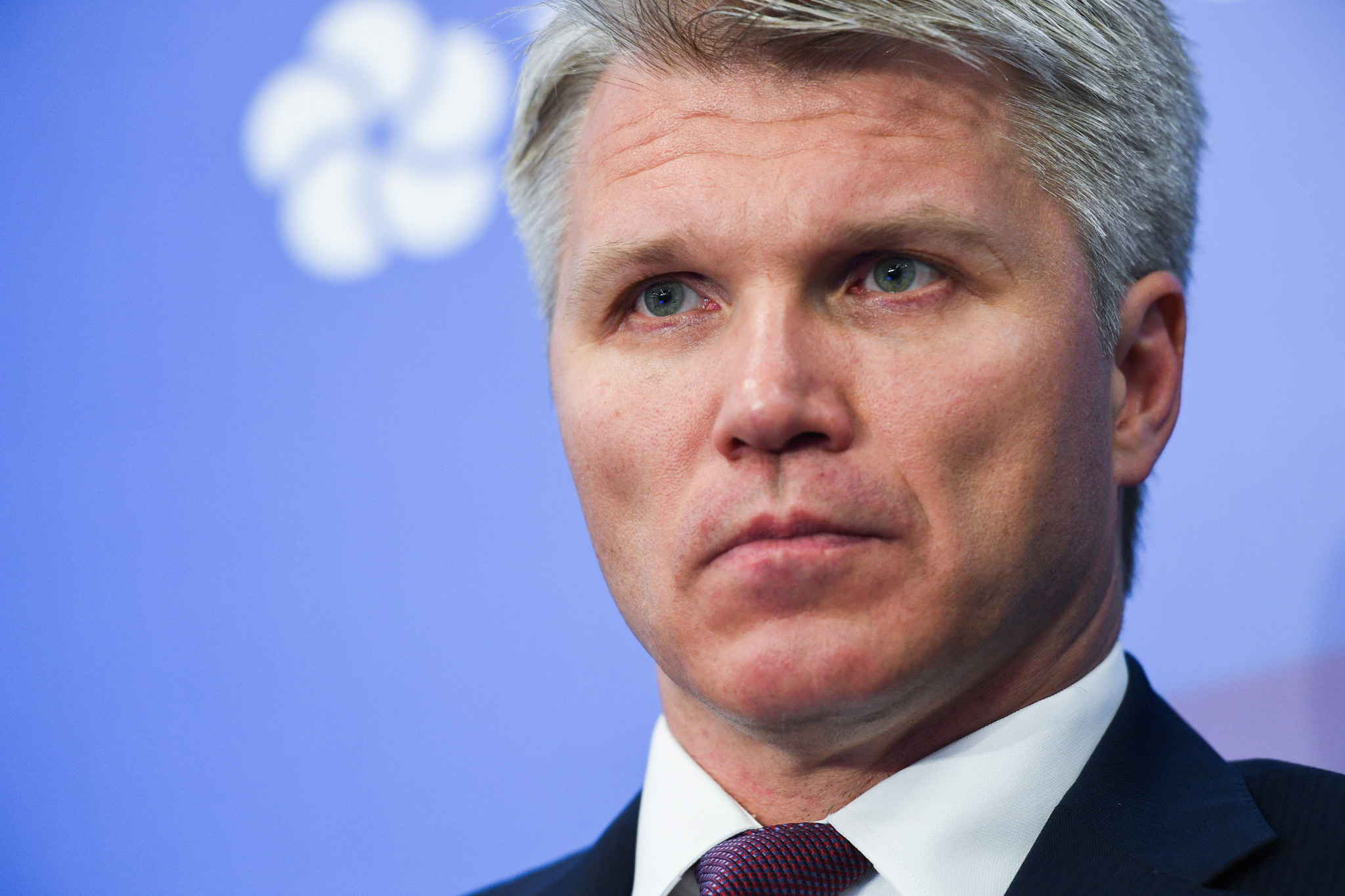 Russia's Sports Minister Pavel Kolobkov has once again claimed his country is innocent of allegations of institutionalised doping and called for athletes not to be denied the opportunity to compete at next year's Winter Olympic and Paralympic Games in Pyeongchang.

Pressure on the International Olympic Committee (IOC) to take strong action against Russia following claims of mass doping before and after Sochi 2014 increased yesterday after the World Anti-Doping Agency (WADA) revealed they had obtained details of a key database allegedly confirming information published in the McLaren Report.

Kolobkov, though, is continuing to maintain his stance that Russia should not be punished as a country and that each athlete should be treated individually.

An internal Investigative Committee charged with assessing evidence of state-sponsored doping in Russia claimed earlier this week there was no proof and attempted to pin the blame solely on former Moscow Laboratory director Grigory Rodchenkov.

Rodchenkov fled to the United States in 2015 and has provided much of the evidence for the two WADA-commissioned reports compiled by Canadian lawyer Richard McLaren.

Russia is now seeking his extradition from the US on charges of abusing his authority.

"We have always denied the existence of a state-supported doping system and conclusions drawn by the Investigative Committee confirm our stance and prove that Russia is innocent of mass doping," Kolobkov exclusively told insidethegames.

"I believe that this evidence will be taken into account when decisions regarding to the Russian athletes are made.

"It is important that there should be an individual objective approach to each athlete in the hearing of cases.

"Every athlete deserves a fair investigation.

"The responsibility should not be collective.

"I am confident that the evidence provided by the Investigative Committee will be taken into account during further decisions by the key decision makers, namely WADA and the IOC, as they are credible organisations who make decisions based on the facts - and this investigation shows that Russia has been honest and cooperative from the very beginning."

Russian President Vladimir Putin has claimed the doping crisis is being used by the US in order to increase discontent before he is due to stand for re-election as President next year.

"The IOC is in a difficult position," Kolobkov told insidethegames.

"They are strongly influenced by certain states and organisations that request collective punishment for the actions of individuals.

"I am confident that the IOC will not be influenced by this and this credible organisation will be able to withstand and maintain a lack of bias in the case of each athlete.

"The athletes and the Olympic Movement is what are important for the IOC.

"I am confident they will continue to carry out a thorough investigation of the facts of the situation.

"With less than 100 days to go to the start of the Pyeongchang 2018 Olympic Winter Games, it is unfair to put clean athletes in this position of uncertainty.

"These athletes have dedicated their whole lives to pursuing the dream of winning Olympic gold.

"The relevant Russian authorities have provided WADA and the IOC with all necessary and even supplementary information, where we have explained our view on this situation and our attitude to the information presented in the McLaren Report.

"We believe that a professional and highly-respected organisation like the IOC will evaluate all the evidence and come to the conclusion that there was not a state-supported programme and that the actions of certain individuals should not result in the punishment of a collective."

The IOC have established two Commissions led by Executive Board member Denis Oswald and former Swiss President Samuel Schmid who are investigating the allegations of doping in Russia.

The Oswald Commission has so far found six cross-country skiers, including Sochi 2014 gold and silver medallists Alexander Legkov and Maxim Vylegzhanin, guilty of being involved in a scheme where their urine samples were tampered with so they avoided failing drugs tests.

They have been stripped of their medals from Sochi and banned for life from attending the Olympics in any capacity.

Legkov and Vylegzhanin have already made it clear, though, that they plan to appeal to the Court of Arbitration for Sport.

More details about the new evidence WADA claims to have uncovered after obtaining the electronic database is expected to be revealed at its Executive Board and Foundation Board meeting in Seoul next Wednesday and Thursday (November 15 and 16).

The Russian Anti-Doping Agency (RUSADA) will be applying for reinstatement having been declared non-compliant in November 2015.

"We have not denied that there were some doping cases, as in any other country, but there was never any state-supported doping system in Russia," Kolobkov, an Olympic gold medallist in fencing at Sydney 2000, told insidethegames.

"Our position is clear and understandable to all our foreign partners and there is nothing further RUSADA can do.

"We are confident that this is sufficient for WADA to make the right decision and punish those who deserve to be punished, but do not punish the innocent.

"The Olympic Movement, in general, is now experiencing a difficult period, not just in Russia.

"There are incidences of doping all over the world, yet the sole focus is on us.

"To focus just on Russia would severely undermine the credibility of sport.

"Overcoming this crisis is possible, but only if we work together and leave personal feelings to one side.

"After all, sport is what unites us, not the opposite.

"Sport should be separated from politics as it has always been a uniting force.

"It is sad to see certain people try to use it as a political weapon.

"In saying this, I have full confidence in the capability of WADA to make the right decision for the benefit of the Olympic Movement."