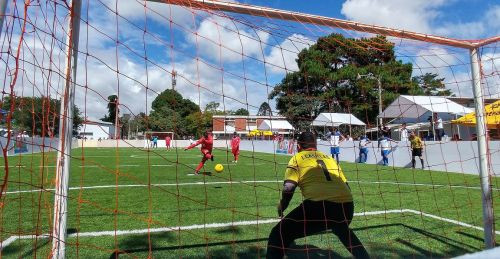 Daniel Contreras’ first-half goal gave Costa Rica the lead but it was cancelled out by the home nation after the break.

Both teams now sit on four points having recorded wins yesterday over Nicaragua and Honduras respectively.

Costa Rica lead the way on goal difference, however, with their record of plus-six superior to Guatemala’s plus-one.

In today’s opening match in Guatemala City, Honduras bounced back from their defeat at the hands of the hosts yesterday to beat El Salvador 7-0.

Fredy Oliva was Honduras’ stand-out player as he scored four goals to move onto a tournament-leading tally of five overall.

In their second game of the day, El Salvador came from behind to beat Nicaragua 2-1.

Honduras are currently third in the rankings, ahead of El Salvador on goal difference.

Nicaragua are fifth after two defeats.

Action is due to continue tomorrow with a further three matches.

El Salvador then go up against Guatemala.

The IBSA Blind Football Central American Championships are being hosted by the Guatemalan Committee for the Blind and Deaf.

They form part of IBSA’s Central American Blind Football Development Project, utilising support from the International Paralympic Committee to develop and spread the game to the region.

The winners of the tournament will qualify for the 2018 IBSA Blind Football World Championships, scheduled to take place in Spain’s capital Madrid from June 5 to 18.