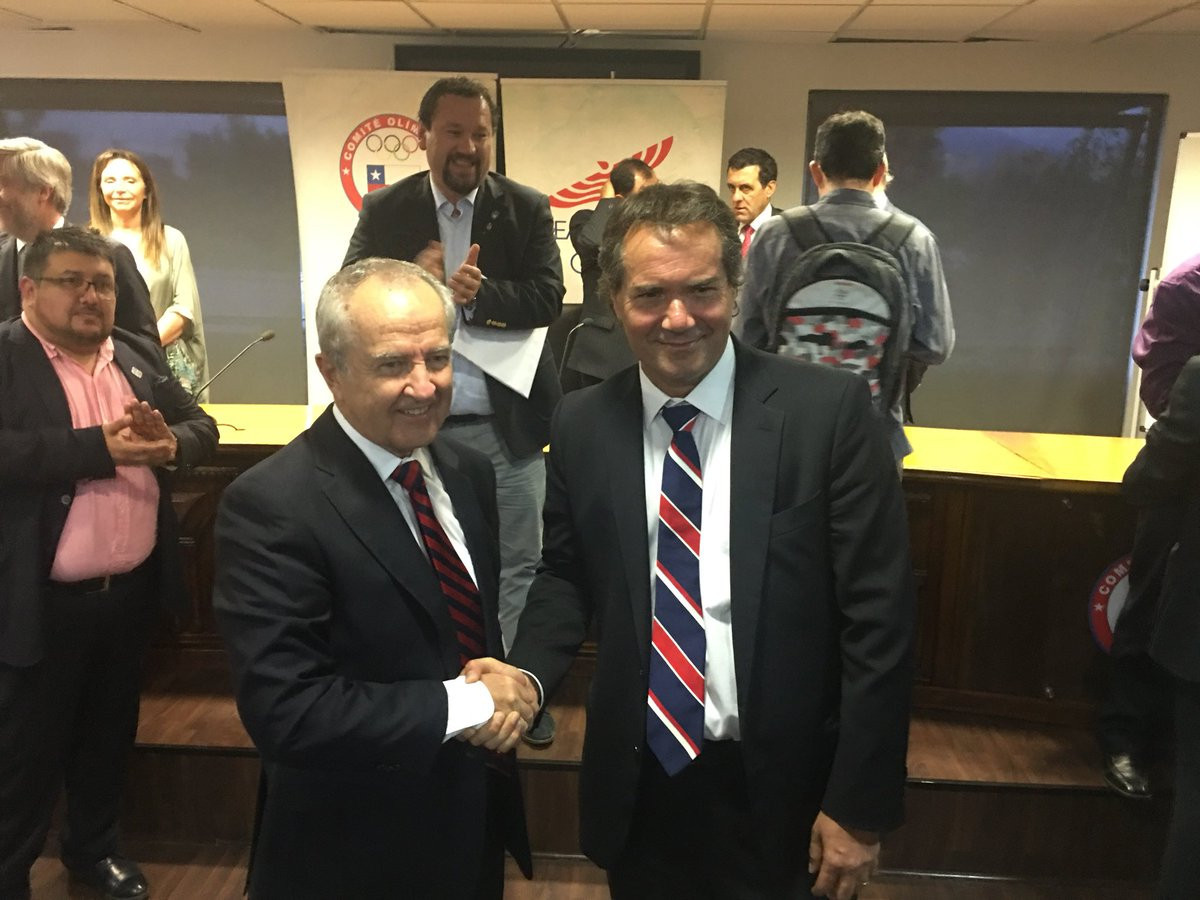 Miguel Angel Mujica has been elected President of the Chilean Olympic Committee (COC) to replace Neven Ilic, who is standing down to focus on his work as President of PanAmSports.

Mujica, the former President of the Chile Rugby Federation, received 32 votes of 53 votes from sporting bodies at an elective General Assembly in Santiago.

Two other members of the national governing body's Executive Board, Carolina Sanz and Cristián Duarte, received 18 and two votes respectively.

Mujiica voted to support all their constituent national federations and to "make things better than what we have been doing".

It comes after a boon year for Chilean sports administration, with Ilic's election as PanAmSports President accompanied by Santiago's imminent election as host of the 2023 Pan American Games.

The Chilean capital is the only bidder following the withdrawal of Buenos Aires and is expected to be formally confirmed as host at a PanAmSports General Assembly in Prague on November 4.

Mujica, who steps up from the COC vice-presidency, stood unsuccessfully for the PanAmSport Executive Board at April's General Assembly in Punte del Este.

He is also on a three-person committee set-up by Ilic to oversee preparations for the Lima 2019 Pan American Games.

TOP STORY: World Athletics Championships set to go ahead in Budapest in 2023 after Mayor withdraws opposition