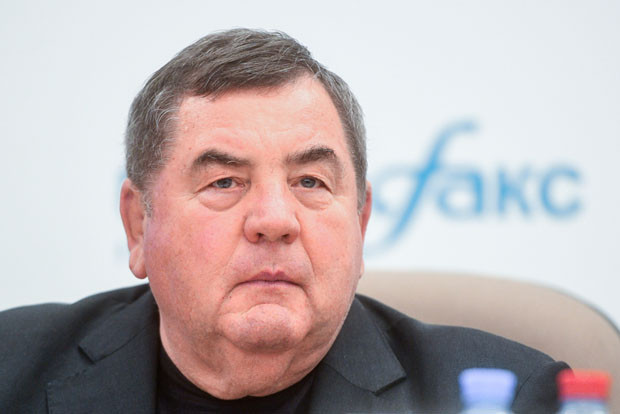 Vasily Shestakov is set to be re-elected unopposed as President of the International Sambo Federation (FIAS) when the world governing body holds its Congress here tomorrow.

The Russian, first elected to the post in 2009, has been nominated by All-Russian Sambo Federation President Sergey Eliseev.

Should he be re-elected, as is expected to be a formality, it would be Shestakov's third term as the FIAS President.

It would be the final term of his leadership, with Presidents only permitted to serve three consecutive four-year terms in office.

The Presidential election is one of 16 items on the agenda of FIAS' 29th Congress, which is due to take place at Bogatyr Hotel.

Other highlights include the presentation of the President’s report by Shestakhov and the election of FIAS Executive Committee members.

Additionally, the date and place of the next FIAS Congress will be confirmed.

The Congress comes on the eve of the 2017 World Sambo Championships at the Iceberg Skating Palace, built for the 2014 Winter Olympic and Paralympic Games in this Russian city.

More than 1,000 participants from 93 countries have confirmed their applications for participation in the three-day tournament, which will see 27 sets of medals awarded.

FIAS is predicting this year’s World Championships will be one of the largest editions in history.

He also expressed his hope that FIAS would make progress towards sambo being recognised by the International Olympic Committee (IOC).

Shestakov is keen for better news when the IOC Executive Board meets in Lausanne on December 5 to 7.