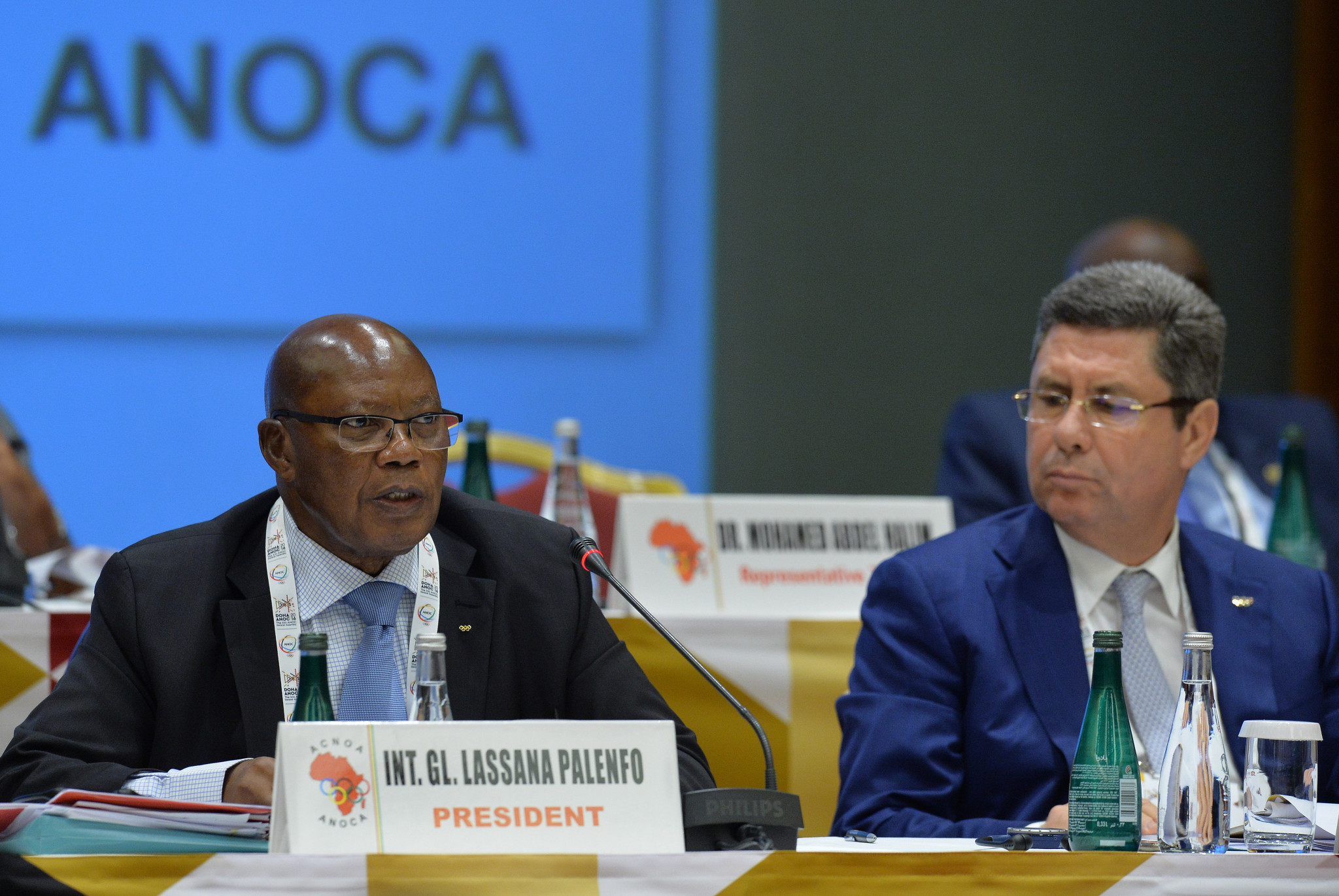 Lassana Palenfo effectively stood down as President of the Association of National Olympic Committees of Africa (ANOCA) pending the outcome of Court of Arbitration of Sport (CAS) proceedings following his disputed election victory earlier this year.

He will remain as the ANOCA's official President following a motion passed by 47 and opposed by four delegates at a closed Extraordinary General Assembly here today.

But he has passed most of his responsibilities and duties to Algeria's ANOCA vice-president Mustapha Berraf on a temporary basis.

The Ivorian, 76, was re-elected President by acclamation for a fourth term in office at the ANOCA General Assembly held in Djibouti in May.

Hamad Kalkaba Malboum, his only challenger, was controversially barred from standing by the ANOCA Executive Committee shortly beforehand after being accused of illegally using the Government in Cameroon to campaign on his behalf.

He denies the allegations and appealed the decision to CAS.

South Africa's IOC member Sam Ramsamy read out a proposal that had been drafted with assistance from Sheikh Ahmad and followed legal advice from leading sports lawyer François Carrard.

It made clear that Palenfo will remain as President of ANOCA but will relinquish all operational functions and office duties to the Executive Committee.

A three-person committee has been commissioned to "review all ANOCA operations and propose reforms to the General Assembly" by the end of next March.

"If CAS confirm the decision of the May 2017 General Assembly, there will be no further action.

"If CAS decides that contrary to election of President, ANOCA will call an electoral General Assembly for the purpose of electing a President.

"This is a consensual document and I am hoping all of you will accept that."

Ramsamy attempted to bar questions and feedback during the meeting.

He questioned Ramsamy's right to mediate the meeting and claimed he had attempted to stifle debate.

"This was a cavalier way of managing things," Grésenguet  said.

"Let us think about this and debate it - we are not children."

Ramsamy also attempted to engineer a vote by acclamation before permitting a vote.

It was not announced who these four were.