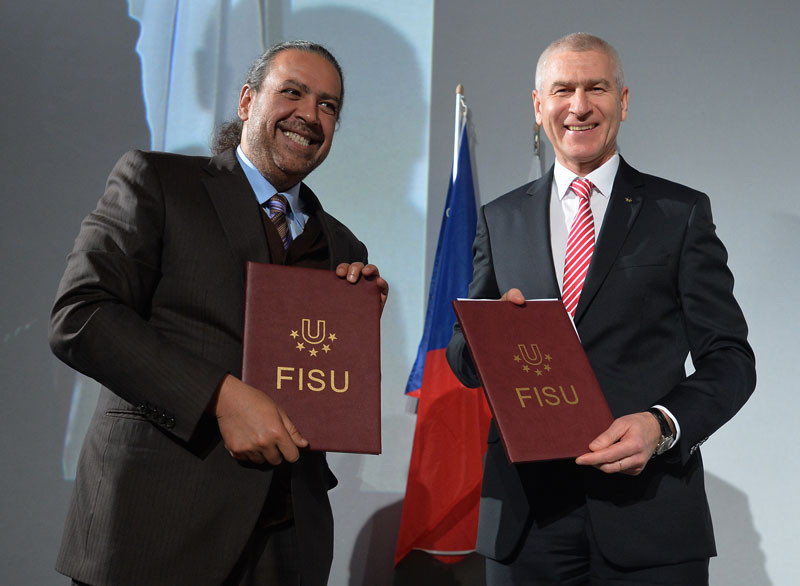 Federation of International University Sport (FISU) President Oleg Matytsin has hailed the signing of a Memorandum of Understanding (MoU) with the Association of National Olympic Committees.

The agreement was signed during the ANOC General Assembly here, with the move aimed at establishing closer ties between the two organisations.

An MoU had been targeted by FISU as part of their 10-year global plan, which was passed at their General Assembly in Taipei back in August.

"FISU is honoured to sign a MoU with ANOC,” said Matytsin.

“As part of the strategic plan now in place for FISU, we have already made great progress towards one of our first priorities: greater engagement with the Olympic Movement.

“And it was very clear to all of us in Prague this week just how important ANOC is to the Movement.

“The attendees at this week's ANOC General Assembly, not least including International Olympic Committee President Thomas Bach, are a demonstration of how university sport and FISU competitions can be a unique stepping-stone towards leadership in sport and elsewhere.

“Our Universiades also continue to be great preparation for National Olympic Committees' (NOCs) success at the Olympic Games, both summer and winter.

“And this is not just for athletes, but also Chefs de Mission, for coaches, for support and medical staff.

“We look forward to working with the National Olympic Committees to make university sport a powerful and positive part of their national success.”

FISU hope the agreement will help to enhance collaboration in areas such as education through sport, athlete education and anti-doping.

Integrity in sport education, the promotion of healthy lifestyle among students, the development and promotion of international university sport and engagement with NOCs were targeted as other major areas.

A total of 205 NOCs were present, with a record 1,300 stakeholders from the Olympic Movement having been present.