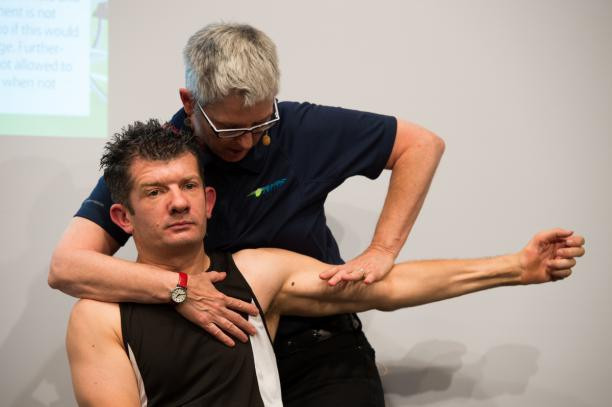 The International Paralympic Committee (IPC) today launched a staunch defence of its classification system amid "repeated and unfounded allegations... causing undue stress and tension" to athletes.".

Their stance was delivered within nine pages of written evidence the IPC has provided a British Parliamentary hearing looking into classification in Paralympic sport.

However, 11-time Paralympic champion Baroness Tanni Grey-Thompson told MPs that British athletes were threatened with not being selected if they spoke out about classification concerns.

"It's somewhere between bullying and control," she said.

Asked whether athletes faced censure for speaking out, she said: "The repercussions that were reported to me were things like deselection from the squad or the team, lack of access to funding, media coverage.

"This was across a whole range of issues, but this also came up that in some cases people were told not to report classification.

"It could be a range of coaches, other team members, medics - it could be a whole range of people who would just say: 'Don't speak out about it.'"

When asked by Giles Watling MP if the system is: "fit for purpose", Grey-Thompson added: "We need to ask the question whether classification is fair and transparent and whether athletes can make an appeal or complaint in an open and fair process.

"Judged on what I have been told, I don't believe we can confidently answer that question right now."

But British Paralympic Association chief executive Tim Hollingsworth said: "Fundamentally I don't believe we're looking at something that can be considered not fit for purpose."

He offered a very qualified apology to any athlete or parent who felt aggrieved by the process.

The IPC announced last week the introduction of new tests from January 1 as an attempt to address concerns by reviewing certain categories within Para-athletics events under most scrutiny.

The Digital, Culture, Media and Sport Committee (DCMS) hearing took place at the Houses of Parliament, in London, and came about after allegations of cheating and interference in a number of Paralympic disciplines, with the DCMS stating that the majority of the allegations have been focussed on the process of classification.

Consideration is also expected to be given to broader issues surrounding the structure and governance of British Paralympic bodies.

Also attending today was Michael Breen, the father of T38 long jump world champion Olivia. He said athletes did not speak out because they had been "intimidated and bullied".

Breen recounted a conversation with British Para-athletics head coach Paula Dunn in which he says she suggested Paralympic sprint champion Sophie Hahn was competing in the wrong category.

He had promised to give "explosive" evidence but committee chairman Damian Collins warned him against naming individual athletes.

Hahn said in a statement she would welcome the chance to give evidence to the committee, and that "it is distressing for any athlete who is in the correct class in Para sport to face such repeated and unfounded allegations".

Breen said he met the International Paralympic Committee's (IPC) head lawyer Mike Townley, who shared documentation with him about an incorrect classification - an athlete with "remitting and relapsing" multiple sclerosis in the T38 class, which includes those with cerebral palsy.

The IPC said it was unable to attend in person: 'due to prior commitments' and instead submitted their written evidence.

Peter Eriksson, director and head coach at UK Athletics Paralympic Performance from 2009-2013, was prevented from giving evidence via video link from Ottawa, Canada because of technical issues.

But he tweeted that he was watching online and found it "shocking to hear Mr Breen bluntly lying".

Breen had claimed IPC summer sports boss Ryan Montgomery told him British athletes had been manipulating the system since the arrival of  Eriksson, and Breen suggested a "very successful" T34 athlete had been improperly moved from a more competitive class.

However, the IPC's report explained in detail their process of classification and their complaints procedure before refuting allegations made previously against their classifications.

The IPC picked out six highlights of this report which they published in a statement on their official website.

The statement reads: "The IPC investigated complaints made by Mr Breen regarding the classification of some British Para athletes in May 2016.

"The IPC concluded the athletes were in the correct class.

"The 30s class in Para athletics is for athletes with a co-ordination impairment.

"It is not and never has been just for athletes with cerebral palsy as some people wrongly claim.

"The IPC in September was surprised to learn that an athlete planned to hand back her relay gold medal from the 2014 European Championships.

"The IPC and World Para Athletics remain unaware of any evidence that the athlete may possess that may question the integrity of her teammates or indicate that they are in the wrong classification.

"In contrast, World Para Athletics possesses in-depth medical diagnostic information and classifier reports that support and indicate each of the teammates are in the correct class, a class for athletes with co-ordination impairments (i.e., not “cerebral palsy”)

"A growing trend in Para sport in recent years has been for many leading countries to recruit, train and eventually select for major competitions - such as World Championships and the Paralympic Games - athletes at the higher end of a certain class.

"Countries are not breaking any rules by doing this as the athletes have been internationally classified and are in the correct class."

"Such repeated and unfounded allegations are causing undue stress and tension to these athletes."

In an exclusive blog for insidethegames, British Paralympic Association boss Hollingsworth welcomed the opportunity to “further assist understanding of how classification has developed and is delivered both in the UK and internationally”.