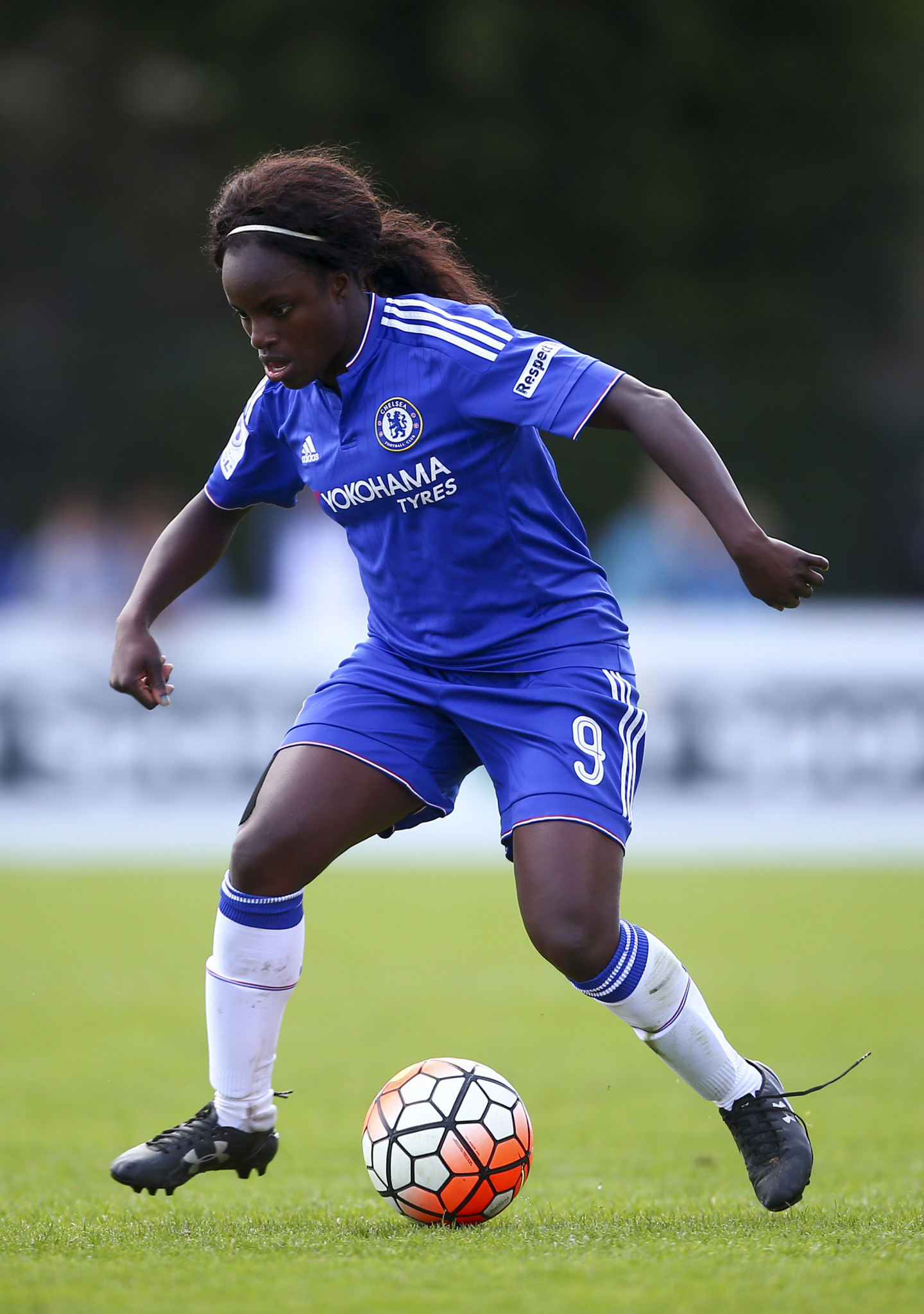 England's Football Association (FA) has paid out the £40,000 ($52,000/€45,000) it had withheld from Chelsea striker Eniola Aluko after a dispute about a tweet she sent in August regarding Mark Sampson, the former manager of the country's women's team.

The Press Association reports that it understood the money was paid out soon after Aluko appeared before a Digital, Culture, Media and Sport (DCMS) Committee hearing on The FA's handling of her 2016 complaint against Sampson.

An investigation by an independent barrister, Katherine Newton, found that Sampson made unacceptable comments to Aluko and another Chelsea player, Drew Spence.

Aluko, who has won 102 caps for England, claimed Sampson told her to make sure her Nigerian relatives did not bring the Ebola virus to the friendly against Germany at Wembley Stadium in 2014.

She felt that The FA had been dismissive when she made the claim.

He was sacked in September following evidence of "inappropriate and unacceptable" behaviour with female players in a previous role.

Aluko's tweet read: "At least we now know The FA's stance on derogatory racial remarks by an England manager.

Speaking to the Parliamentary panel last week, Aluko said she was contacted by FA chief executive Martin Glenn and told that the tweet was a breach of an agreement in June "not to defame each other".

In a move she described as "bordering on blackmail", she said Glenn told her she would get the second half of a £80,000 ($104,000/€90,000) settlement if she agreed to release a statement clearing The FA of charges of institutional racism.

Glenn was also grilled before the DCMS Committee and later disputed this claim.

However, he admitted The FA and its legal team thought that Aluko's tweet to be a breach of their deal.

He said they thought it was "something she should correct".

The settlement was seen as compensation for loss of future earnings and was brokered by the Professional Footballers' Association.

Aluko scored 33 goals in 102 appearances for England but was dropped by Sampson in May 2016.

She has not played for England since, despite being the top scorer in the Women's Super League.

An internal FA investigation cleared Sampson of Aluko's claims last October, and Newton then reviewed the case and came to the same conclusion in February.

However, she reopened her investigation in September and changed her findings to say Sampson did make racist remarks to Aluko in 2014 and Spence a year later.

She rejected Sampson's claim that Aluko had fabricated the Ebola allegation out of grievance at not being picked.

Newton said the Welshman's comments were "discriminatory on the grounds of race" within the meaning of the Equality Act 2010 and that Sampson seemed to have difficulty judging the appropriate boundaries when engaging in 'banter' with the players.

She stated on numerous occasions, however, that she did not believe he was racist.

Serious flaws in the initial investigations into Aluko's complaint were highlighted and The FA was forced to admit that Sampson should have never have been hired in the first place after it eventually sacked him in September.

Glenn and FA chairman Greg Clarke have since apologised to Aluko, Spence and other players who raised concerns about Sampson.

Clarke reiterated the apology yesterday in a speech to The FA council in which he said they had lost the trust of the public.

Meanwhile, The FA leadership continues to face criticism over its handling of reports of cases of sexual abuse of young male footballers.