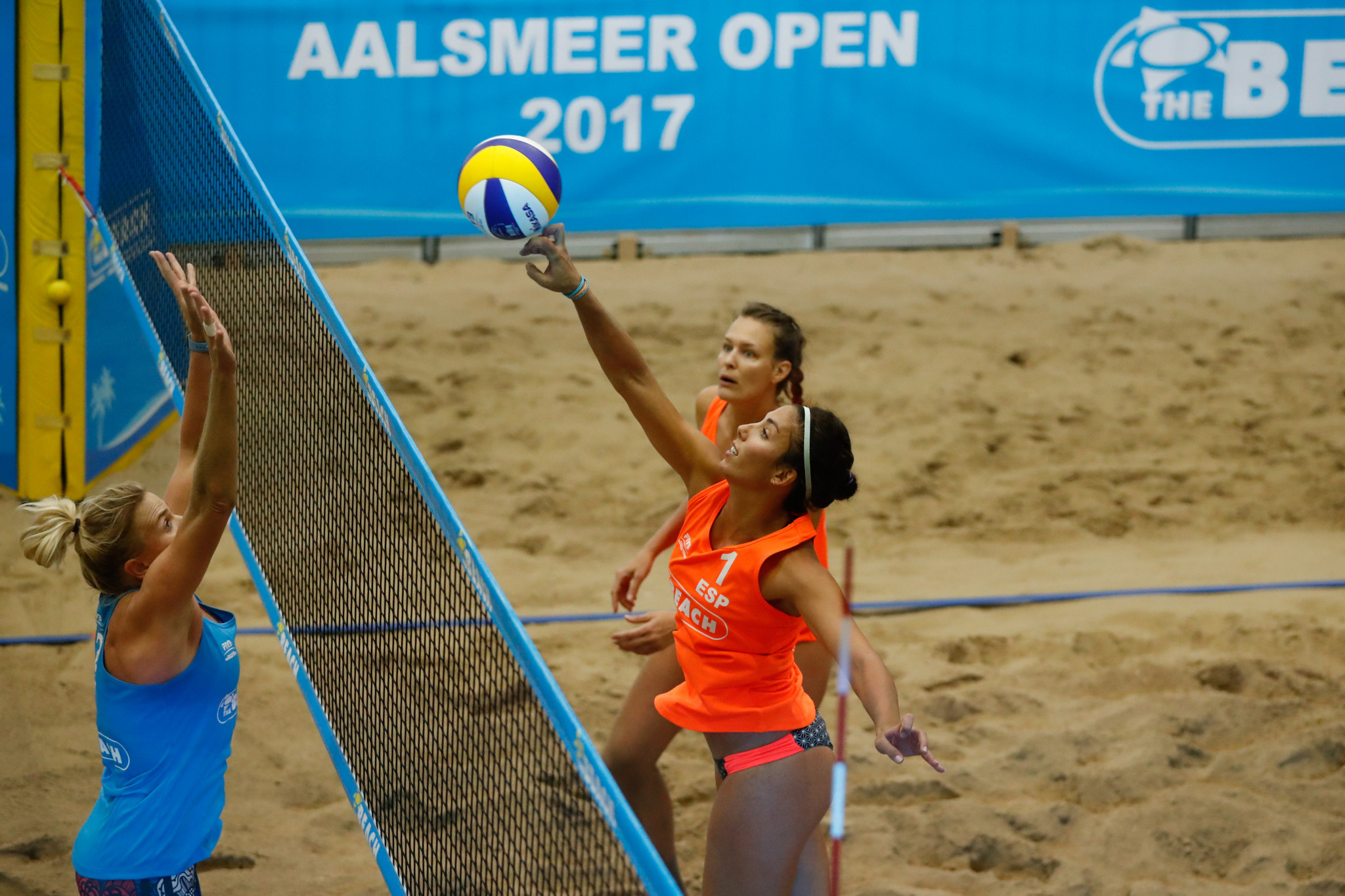 Spain's Paula Soria Gutierrez and Amaranta Fernandez Navarro have safely made it through to the second round of the International Volleyball Federation Beach World Tour Aalsmeer Open in The Netherlands.

Seeded fifth this week, the Spaniards coasted past Austria's Eva Freiberger and Elisabeth Klopf 21-16, 21-13 in the first round of the women's event.

Japanese fourth seeds Miki Ishii and Megumi Murakami also progressed but had to come from a set down.

There was also success for Romania's Adriana-Maria Matei and Beata Vaida.

They proved too strong for France's Aline Chamereau and partner Lezana Placette, winning 21-19, 21-14.

The United States' William Kolinske and Miles Evans were forced to come from behind to beat Ukraine's Evgen Zhuravel and Iaroslav Gordieiev 25-27, 21-17, 15-7 to advance.

They will be joined by Germany's Yannick Harms and Philipp Arne Bergmann after they eliminated Jan Dumek and David Lenc of the Czech Republic 21-15, 21-16.

Ukraine's Sergiy Popov and Oleksii Denin are also through after recording a 21-16, 21-13 win over Swedish duo Martin Appelgren and Simon Boman.