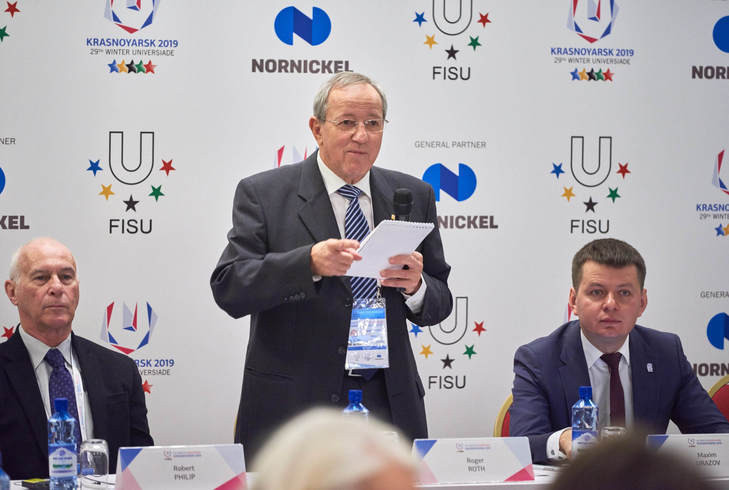 A delegation from the International University Sports Federation (FISU) was left impressed with Krasnoyarsk's preparations for the 2019 Winter Universiade.

The group visited the Russian city to see if the venues were compliant with the requirements for international sport, as well as overseeing the list of events and equipment.

Roger Roth, who chairs FISU's International Technical Committee, said: "Everything should be prepared at the highest possible level, so that the athletes can show their best results.

"I believe that all participants of the Games wish to discover Siberia, which is known for its unique, 'real' winter, as well as the kindness and friendliness of the inhabitants of the territory."

Roth said he believed 2019 would see "the best Universiade ever" which would be very positive for both guests and athletes.

The Universiade's Supervision Committee presented reports on both completed venues and those that are still under construction.

Maxim Urazov, director general of the Executive Directorate of the 2019 Games, said after meeting FISU representatives that they had discussed issues including medical care, construction of venues, sports programmes and organising services for participants.

In all, nine inspection visits to prepare for Krasnoyarsk have already been undertaken by FISU.

The event will take place from March 2 to 12, and already a lot of preparations are being made to involve local people.

Russian Sports Minister Pavel Kolobkov claimed preparations for Krasnoyarsk 2019 were on track earlier this month after chairing a meeting of the Supervisory Board overseeing the organisation of the event.

It came after Russian President Vladimir Putin warned in March that organisers must ensure there are no delays in constructing and renovating venues.

The history of the 29th Winter Universiade in Krasnoyarsk began in 2012.

On January 9 of that year, Russia's then President, Dmitry Medvedev, ordered the Government of the Russian Federation to prepare Krasnoyarsk for participation in the bidding campaign.

On November 9, 2013, in Brussels, the FISU Executive Committee decided to hold the Winter Universiade in the city.

Ski orienteering, freestyle skiing and bandy have been included as optional sports.