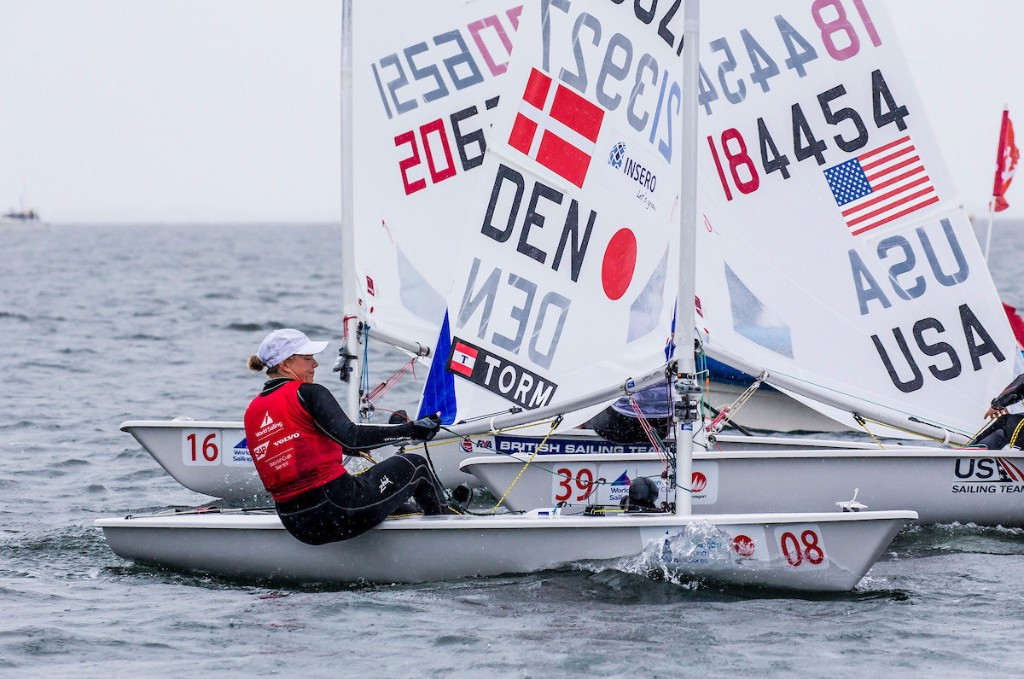 The Danish sailor took full advantage of an error from Greek competitor and overall leader Vasileia Karachaliou, who was disqualified from today's medal race after she crossed the start line early.

It left a three-way battle for gold between Rindom, Emma Plasschaert of Belgium and Sweden's Josefin Olsson.

The Dane was able to take a narrow overall victory after she came home in third place in the medal race to finish on a total of 51 points.

Plasschaert's fifth place meant she was forced to settle for the silver medal behind Rindom, while Olsson's second saw her clinch bronze.

"It wasn't that stressful," Rindom said.

"I started in third position and that was good for me. I was always trying to catch up so winning is really nice."

Low wind speeds, which had been an issue throughout the first Sailing World Cup to be held in Japan, forced the cancellation of the medal races in the men's 470 and RS:X classes.

Action did also take place, however, in the men's laser and women's 470.

Rio 2016 bronze medallist Sam Meech of New Zealand held off the challenge of world champion Pavlos Kontides of Cyrpus to secure the men's laser crown as he finished fourth in the medal race.

Kontides could only manage seventh, ending his chances of replacing Meech at the top of the leaderboard.

The sailor from New Zealand sealed gold with a total of 46 points, nine in front of his Cypriot rival.

The Polish duo ended the competition in the Japanese town on 14 points, a comfortable 13 ahead of nearest challengers and home favourites Ai Kondo and Miho Yoshioka.