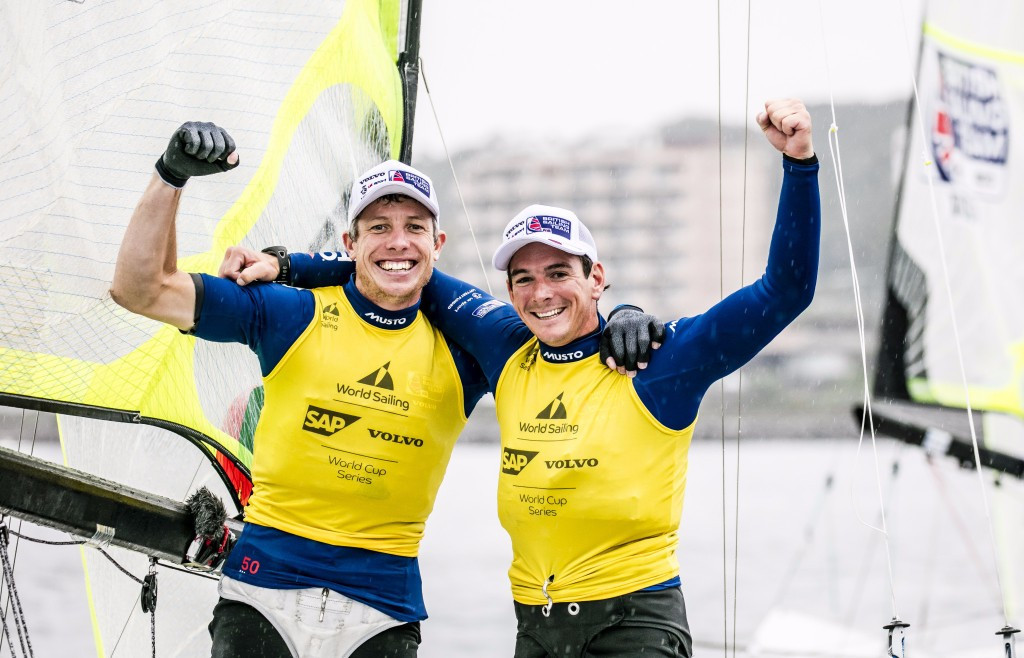 Dylan Fletcher and Stu Bithell of Great Britain claimed gold in the 49er class as the first medallists were decided at the Sailing World Cup in Gamagori today.

Medals were awarded in the 49er and 49erFX classes as well as the women's RS:X division.

Fletcher and Bithell were up against compatriots James Peters and Fynn Sterritt for the title.

It was a familiar sight after the two British pairings finished first and second at the 2017 World Championships.

Peters and Sterritt managed to put themselves in gold medal position but, close to the finish, they were caught in a cluster of boats and were sandwiched between the finishing boat and some of their rivals.

This opened the door for Fletcher and Bithell, who sailed through for gold while their compatriots had to settle for silver overall.

"We were both guaranteed silver going into the last race,” said Fletcher.

"We chose to match race them to put us as far as possible down the fleet to ensure we would beat them because we were ahead on points.

"It was going smoothly until we made a mistake, at the bottom, and they wiggled free.”

Five teams were in with a realistic chance of claiming gold as it went down to the medal race but a second place in the final saw the South Americans rise from third to clinch their first ever World Cup gold.

Tanja Frank and Lorena Abicht of Austria followed behind the Argentinians in third to pick up silver.

However, they endured a miserable day and finished seventh which was only just enough to hold on to bronze.

There was very little separating the leading competitors going into today's medal race.

Chan started racing in Gamagori carrying an injury, but she pushed through the pain barrier to secure a second place finish today which handed her gold.