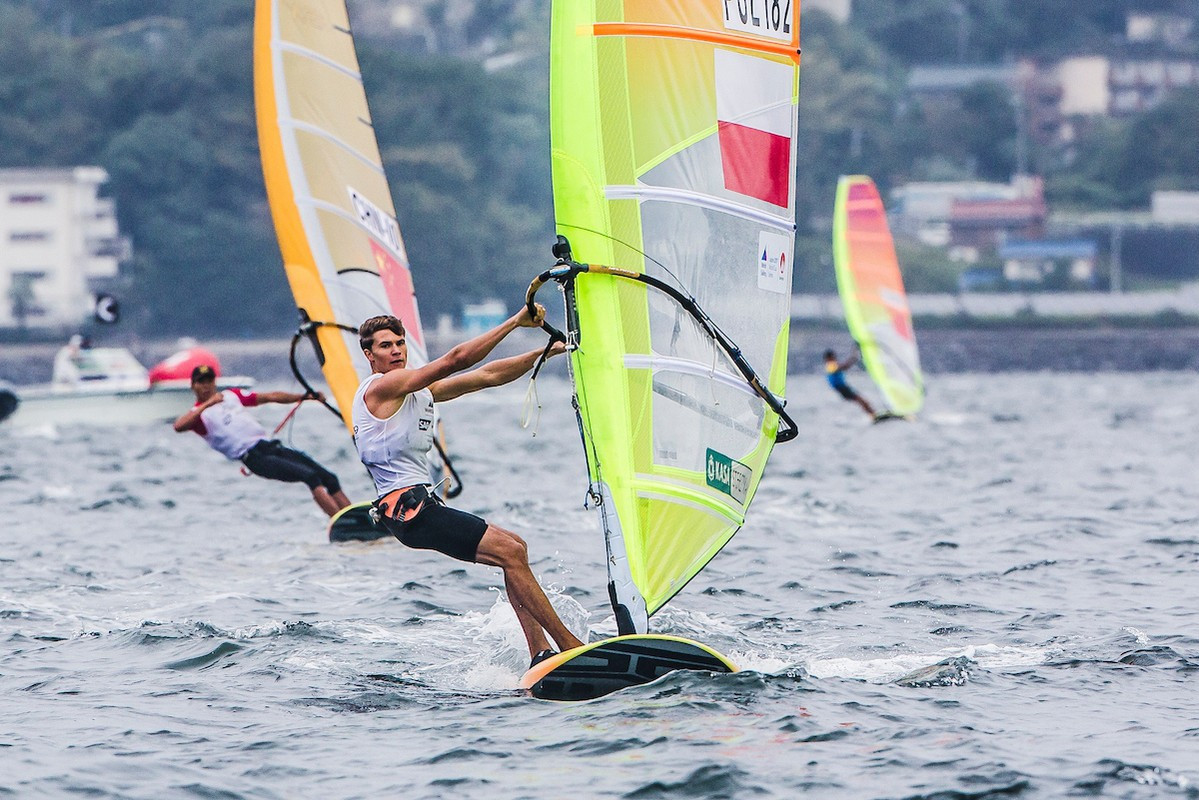 A stiff northerly breeze at least picked up to allow participation in all eight Olympic sailing events.

Tarnowski, 23, shone in the Men's RS:X, improving on his third place in the first race, with two victories, meaning he climbs to first place in the standings with a one point advantage over China's Mengfan Gao.

Tarnowski beamed: "Finally, we could get some good racing in, having waited for long periods of time this week.

"We had three very hard races with a lot of pumping, a lot of wind changes and gusts.

"It was really challenging but I was able to gain some nice points."

As for contending with the nerves of competing in a Medal Race, Tarnowski added to World Sailing: "For sure, Medal Races bring more pressure than the qualifying series.

"We will prepare well, like we always do, and hopefully we get some nice wind.

"I would love to have another day like today."

Japanese duo Fujiko Onishi and Megumi Komine sit on top of the leaderboard on home waters.

The 49er and 49erFX fleets also have their Medal Races tomorrow, with sailors pushing hard to achieve their highest possible finishes.

It remains tight at the top of the Women's fleet with just four points separating the top three pairings.

The other four Olympic sailing events will decide their Medal Race fates tomorrow, the final day of qualifying racing.

Pavlos Kontides, of Cyprus, leads in the Men's One Person Dinghy (Laser) continuing his recent good form after winning the class World Championships earlier this summer.

New Zealander Sam Meech trails by ten points and Britain's Lorenzo Brando Chiavarini is a further 20 points behind, in third.

In the Women's One Person Dinghy (Laser Radial), Greek sailor Vasileia Karachaliou holds the lead ahead of Josefin Olsson, of Sweden and Belgium's Emma Plasschaert.