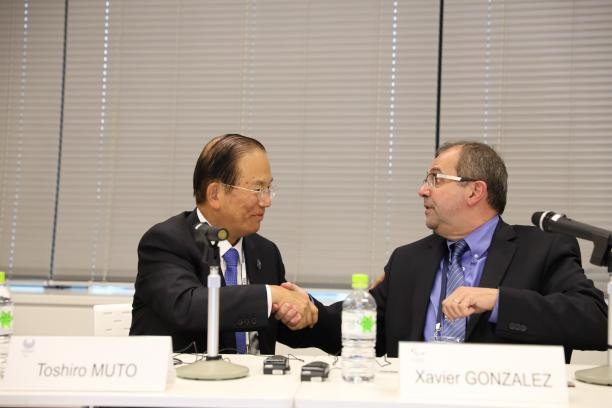 The International Paralympic Committee (IPC) has today completed its fourth Project Review of the Tokyo 2020 Paralympics with the two parties agreeing to focus on defining the legacy of the Games in the coming months.

During the two-day meeting, Tokyo 2020 updated the IPC on progress and preparations in multiple functional areas.

The IPC also visited a number of venues, including the Paralympic Village and hotels in the city centre.

Overall, the IPC says it was extremely pleased with the progress made by the Organising Committee since the last Project Review held in May.

"Once again we leave this city greatly impressed and encouraged at the progress the Organising Committee has made since our last meeting," Xavier Gonzalez, the IPC’s chief executive, said.

"Tokyo 2020 continues to raise the bar in terms of planning and preparation.

"Since May we have witnessed great progress in communications and engagement, construction of the Paralympic Village and seen unprecedented support from commercial partners.

"With less than three years to go awareness of the Tokyo 2020 Paralympic Games is at a much higher level than any previous edition of the Games.

"The next step as we get closer to the Opening Ceremony is to transform awareness levels into engagement as the Organising Committee looks to maximise ticket sales and TV audiences."

One main topic of discussion during the Project Review was about measuring the impact and legacy of the Paralympic Games.

Over the coming months, Tokyo 2020 and the IPC intend to work together to develop a framework for how both the soft and hard legacy will be captured and communicated.

"Tokyo 2020 proposed during this Project Review that in conjunction with the IPC, we would seek a new framework with which to measure the impact on Japanese society of Tokyo hosting the Paralympic Games - a framework that provides the means to measure and analyse both their tangible and intangible legacy," Tokyo 2020 chief executive Toshirō Mutō said.

"In our view, the significance of hosting the Paralympic Games derives from the changes they bring to society.

"Finding ways to analyse such changes will become important in our future communications.

"On November 29, we mark a key milestone - on that day it will be 1,000 days until the kick-off of the Paralympic Games.

"This means we are entering into a phase where in order to ensure a successful Games it will be vital to deepen public understanding of, and their engagement in, the Paralympic Movement.

"Tokyo 2020 will continue to work closely with the IPC while remaining committed to making every effort in our preparations for the Games, ensuring their successful delivery and contributing to the further advancement of the Paralympic Movement."

Gonzalez added: "There is no doubt that the Tokyo 2020 Paralympic Games will be a catalyst for social change in this city and country, making it more inclusive not just for those who live here, but also for visitors."

The IPC’s newly-elected President Andrew Parsons was also in Tokyo this week and attended yesterday’s opening plenary of the Project Review.

Together with former IPC President Sir Philip Craven, he is said to have held a number of fruitful meetings with key stakeholders, including Tokyo’s Governor Yuriko Koike.

Parsons also attended an I’mPOSSIBLE education session at Akasaka Elementary School, where he donned a blindfold and played goalball with the students.

I’mPOSSIBLE is the IPC’s education initiative.

Parsons also met with representatives from Toyota, Panasonic, Asics, Dentsu, NHK and WOWOW during his time in the Japanese capital.

In February of this year, Sir Philip praised the Japanese Government for their "Universal Design 2020" action plan after a meeting with Prime Minister Shinzō Abe.

The Universal Design 2020 plan will see the Government "redouble efforts" to promote an inclusive society which is "comfortable and accessible to everyone regardless of age, nationality and ability".

Making a host city more accessible is viewed as a key legacy goal for any Paralympic Games.

Abe introduced the plan in the Japanese Parliament in Tokyo.