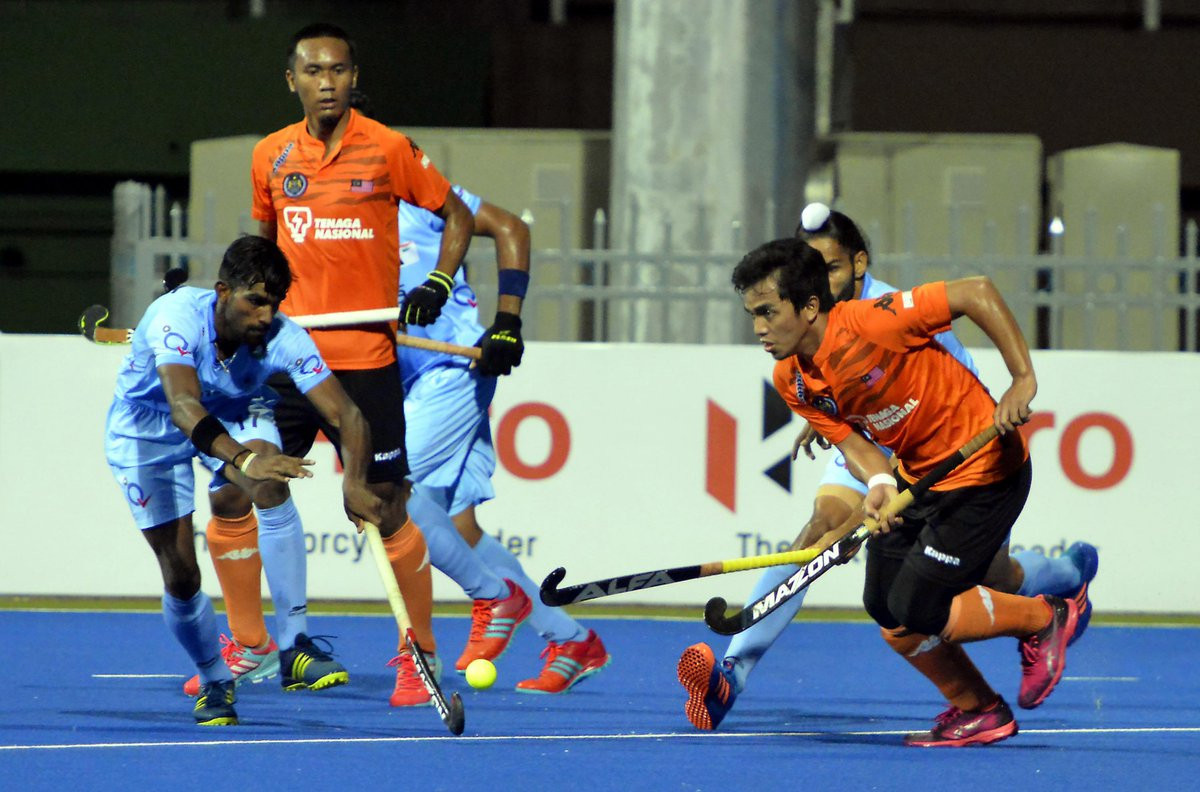 India moved to the top of the super fours stage at the men's Asia Hockey Cup as they thrashed Malaysia 6-2 in Dhaka today.

The Indian side recovered from the disappointing draw with defending champions South Korea to record a comfortable win at the Maulana Bhashani National Hockey Stadium.

South Korea were held to their second successive draw as their match with Pakistan finished 1-1.

Malaysia had won all of their previous matches going into today's clash but fell behind early on when Akashdeep Singh improvised to beat Malaysian goalkeeper Kumar Subramiam.

India then put the result of the match beyond all reasonable doubt with two goals in the early stages of the second half.

Gurjant Singh and SV Sunil made it 5-0, before Razie Rahim pulled one back for Malaysia with 10 minutes to go.

Ramadan Rosli briefly reduced the arrears to 5-2 but Sardar Singh scored the last goal of the game to put the gloss on a superb performance from India.

"The difference between yesterday’s draw against Korea and today is the speed of the match," India's chief coach Sjoerd Marijne said.

"We controlled the game with good speed from the start and it was a well-structured hockey that I am happy about today.

"Though we would have liked to have a better finish and not given away penalty corners in the fourth quarter.

"Next against Pakistan too, we don’t want to give away penalty corners like this."

In the other match to take place today, South Korea and Pakistan played out an entertaining draw.

Pakistan went ahead 15 minutes in through Ajaz Ahmad but Lee Nam-yong rescued a point for the South Koreans with an equaliser after 49 minutes.

India sit top of the four-team group on four points, with Malaysia second on three.

South Korea are third on two points, while Pakistan are rock-bottom with one.

The tournament in the Bangladesh capital is due to resume on Saturday (October 21) following a rest day tomorrow.