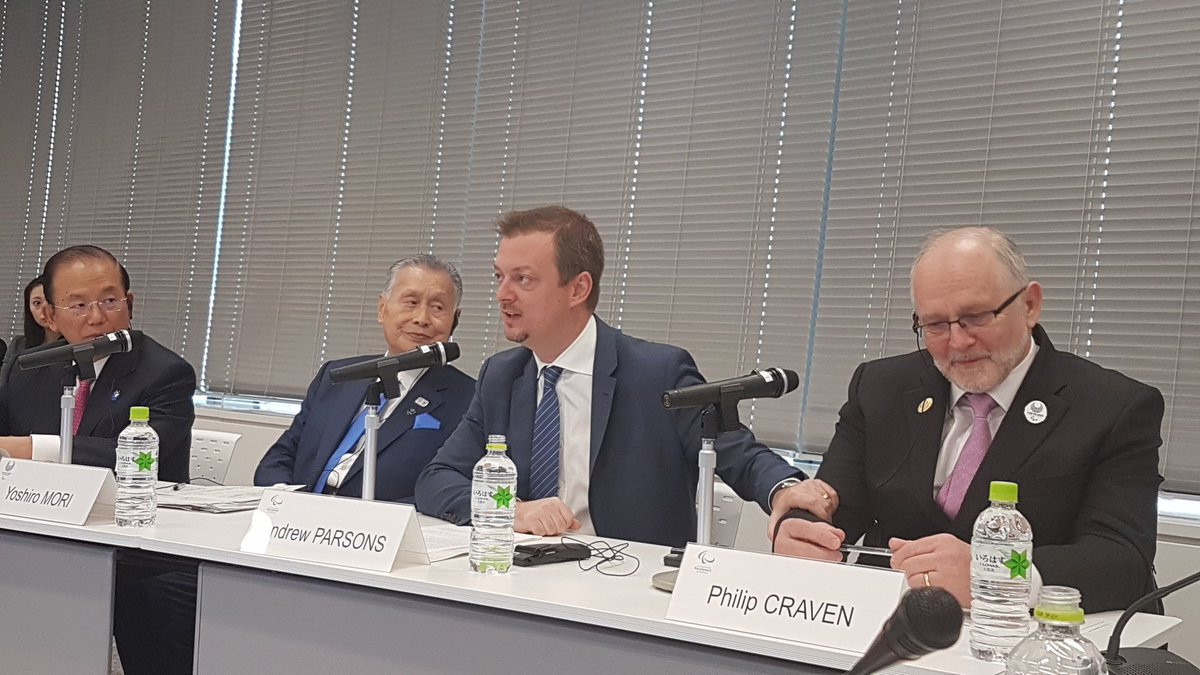 International Paralympic Committee (IPC) President Andrew Parsons has praised Tokyo 2020 as he claimed "everything is coming together" for a successful Paralympic Games in the Japanese capital.

Parsons declared the IPC was "very happy" with Tokyo 2020's preparations during the first of a two-day Project Review visit.

The Brazilian, accompanied by precedessor Sir Philip Craven, serves on the International Olympic Committee's Coordination Commission for Tokyo 2020 and the meeting in the city is his first since his election as the IPC President last month.

"Generally we are very happy with the progress made and the way that the preparations are being handled by the Tokyo 2020 Organising Committee and the Tokyo Metropolitan Government and the National Government," Parsons said, according to the Japan Times.

"I think we have a very good combination of efforts.

"How they are placing the Paralympic Games on the same level as the Olympic Games, and thinking of the two games coming together, complementing each other, is very reassuring.

"When you have the two games together, they are really stronger."

Quite a media turnout for IPC President @parsonsandrew in Tokyo pic.twitter.com/WwjAJizLl3

Parsons, who travelled to Tokyo direct from Pyeongchang after a three-day Project Review for the 2018 Winter Paralympic Games, also said the IPC were happy with the level of engagement from Japanese society.

It comes after he warned Pyeongchang 2018 and the South Korean Government that progress in the engagement and awareness areas was "essential" in the lead-up to the Games amid poor ticket sales.

"It’s difficult to say that one single aspect is responsible for the overall success of the Games, but I think it’s a combination of good promotion in the lead-up to the Games, delivery of the services to National Paralympic Committees, and engagement from Japanese society," added Parsons.

"And that’s what we have seen here.

"We are perceiving that everything is coming together.

"We have a lot of support coming from the different levels of Government, from the Tokyo 2020 Organising Committee and also Japanese society.

"And we have a very strong Japanese Paralympic Committee here.

"So we know that Japanese society will cheer, will be inspired by amazing athletes from all over the world, but also they have a very strong team to support."