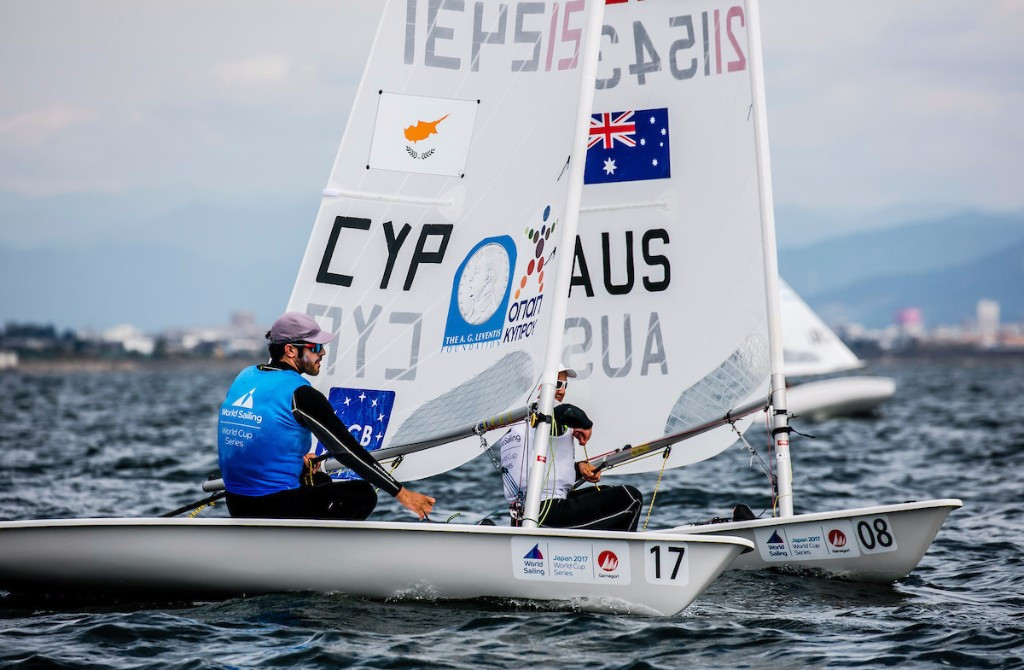 Pavlos Kontides of Cyprus moved clear of the rest of the field in the laser event as he finished third and second in the two races held in the fleet at the Sailing World Cup in Gamagori today.

Kontides, the reigning world champion, was locked in a three-way tie with Lorenzo Chiavarini of Britain and Italy's Francesco Marrai after the opening day of racing.

The Cypriot managed to surge to the summit of the standings by virtue of his results today, which saw him open up a five-point gap over Chiavarini.

The Briton posted finishes of fifth and sixth today and is second on 14 points.

It proved to be a good day for current world champions as Great Britain's Dylan Fletcher and Stu Bithell won two of the four men's 49er races to take the overall lead.

The British pair have a total of 11 points, five in front of compatriots James Peters and Fynn Sterritt, whom they beat to claim the world title in Matasinhos in Portugal last month.

Logan Beck and Oscar Gunn of New Zealand are third on 19 points.

Polish world champions Agnieszka Skrzypulec and Irmina Gliszczynska remain in pole position in the women's 470 event as they finished second in the only race of the day.

The Polish team have three points, one in front of Switzerland's Linda Fahrni and Maja Siegenthaler, who discarded their fifth-place result.

"The training has helped us to adjust to the conditions and we are using the skills, which we have recently learnt, in our races,” said Skrzypulec.

"The main focus is to keep improving on the small detail and sailing tactics.

"We are pleased with our progress so far.”

Mat Belcher and Will Ryan of Australia, the reigning world 470 champions, endured a disappointing day as they slipped down to third on the leaderboard.

The Australian duo,  who were the overnight leaders discarded their 11th place as Tetsuya Isozaka and Akira Takayanagi delighted the home crowd by moving into first position.

The Japanese pair have three points and hold the joint lead with Matteo Capurro and Matteo Puppo of Italy.

Action at the first Sailing World Cup to be held in Japan continues tomorrow.