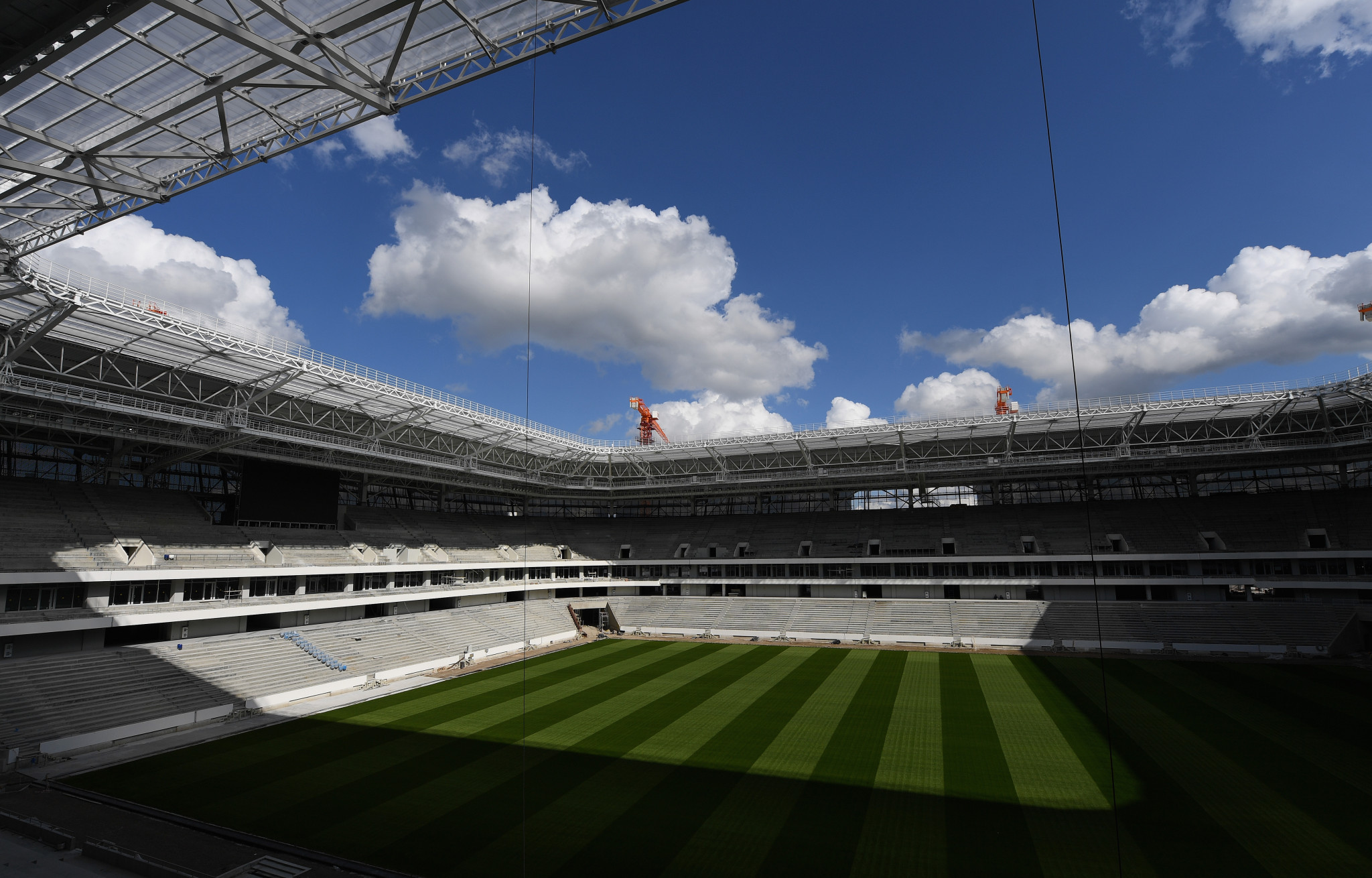 Russia's first Deputy Minister of Construction, Housing and Utilities Leonid Stavitsky has claimed that preparations for next summer's 2018 FIFA World Cup remain on track with all stadia to be completed by the end of the year.

"The construction of sporting venues, including in Kaliningrad, has now entered its final stage," Stavitsky is quoted from the communications arm of Russia’s Kaliningrad Region, via Russian official state news agency TASS.

"The focus is now on preparing all the necessary documentation.

"All facilities must be commissioned without delay by late December this year."

A working group was set up by Russian Deputy Prime Minister Vitaly Mutko to prepare and hold the 2017 Confederations Cup and the 2018 World Cup.

Its aim is to coordinate the work of all bodies and companies taking part in the construction project.

Russia selected 11 host cities as World Cup venues and 12 stadia for the tournament to be held between June 14 and July 15.

Two of the stadia are located in the Russian capital.

Recent reports have claimed the Kaliningrad stadium is 83 per cent ready and is due to host test matches in March and April.

Two weeks ago Russian Sports Minister Pavel Kolobkov revealed that the 45,000-capacity Samara Arena, which will host several games, remains behind schedule and that the company building the venue had been fined.

"There are some delays at different stages of construction at the stadium in Samara," he was reported as saying by news agency Reuters.

The contractor of the venue announced in August that the stadium had fallen 30 days behind its construction schedule.

Sergei Ponomaryov, deputy head of general contractor PSO Kazan, insisted, however, that major construction work would be complete by the agreed deadline of later this year.

In an attempt to make stadiums safer, Russia will issue special identity cards.

The country has also relaxed visa regulations for travelling fans.

Alexey Sorokin, chief executive of the Russia 2018, claimed that FIFA has spoken highly of preparations for the World Cup.

"To date, FIFA, as a whole, has had a favourable view of the degree of the host cities’ readiness for the tournament."

A stand has been added outside the Ekaterinburg Arena, which, with a capacity of 27,000, was deemed too small to meet FIFA standards.

Rather than constructing a new stadium, a new stand was added outside the venue on massive scaffolding, to increase the capacity to 45,000.

The stand is only temporary and will be removed after the World Cup.

Ekaterinburg is the fourth largest city in Russia in terms of population, and is one of 12 Russian cities with a population of over a million.

Some have been barred from attending sports events up until 2020 while the basic ban has been imposed until 2018, the Ministry said.

According to the Interior Ministry’s data, the blacklist includes young persons no older than 35 years old who have been banned to attend sports events this year.