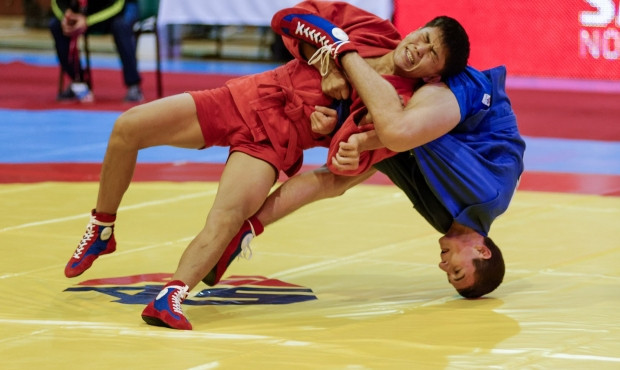 Russian athletes were in emphatic form at the International Sambo Federation (FIAS) World Youth and Junior Championships in Novi Sad.

Action took place at the SPC Vojvodina in the Serbian city.

The competition was open to athletes aged 17 and 18 in the youth categories and 19 to 20 in the junior tournaments.

Russia produced a clean sweep in the women's youth categories, with Sabina Pegushina taking gold in the 44 kilograms category.

She was joined in celebration by teammate Elizaveta Syshchikova, who won the 56kg event, and Elena Zaikina after she won the 70kg division.

Margarita Kravtsova then rounded off a sensational performance by Russian women as she clinched victory at over-75kg.

While there were three more Russian winners in the junior women's competitions, Belarus' Karyna Shut ended their dominance as she won the 72kg junior event.

Russian dominance also continued into the male competitions with two out of three youth gold medals going their way.

Evgeni Eremin marched to the top of the podium in the 48kg tournament while fellow countryman Ramazan Karaziev emerged victorious in the 60kg division.

Gejrgios Markarian of Greece halted a clean sweep though.

He took gold in the 75kg competition, consigning Russia's Andrei Kharitonov to bronze.

There was also non-Russian success in the men's junior competitions, with Kazakhstan's Ramazan Mamayev winning the 62kg gold.

However, the other junior competitors could not prevent further Russian glory.

Rustam Zabolotnyi was victorious in the 48kg division while compatriot Andrei Uvarov also took gold after he prevailed at 82kg.