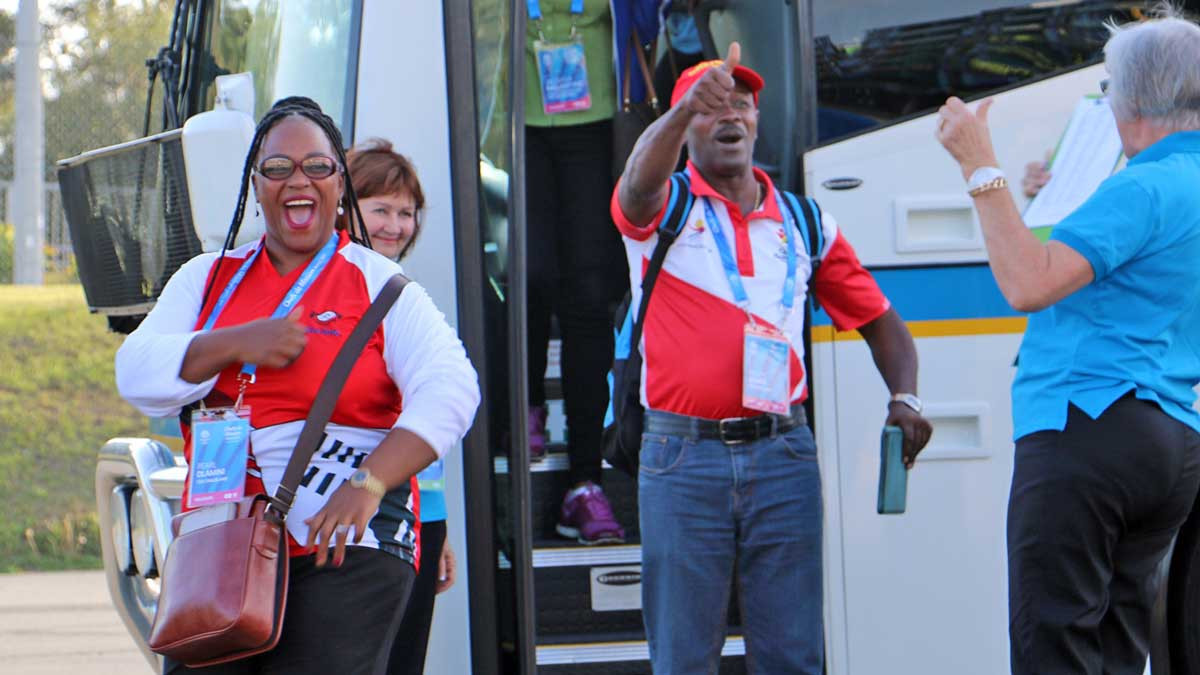 Gold Coast 2018 chief executive Mark Peters is hopeful the "human side" of the Commonwealth Games will be remembered when the event takes place next year.

Peters expressed his confidence in preparations for the Games with just under six months to go.

It follows the conclusion of the Chef de Mission seminar here, which has been taking place since Sunday (October 8).

The seminar allowed Commonwealth Games Associations (CGAs) the opportunity to pose questions to organisers on a range of issues, from accommodation and transport to the presentation of sports and visa protocols.

The latter has been an area of concern, with tight Federal Government controls posing a potential risk to some nations attending the Games, although Gold Coast 2018 and the Commonwealth Games Federation (CGF) are hopeful a solution can be found.

Peters believes that while delivering an excellent sporting competition will be key to the success of the Games, the impact of several initiatives will also be felt.

"We want to hold a Games that mean something in an extremely competitive world," he said.

"The issues about equal medal events for men and women, the biggest Para-sport programme and what we are doing with the reconciliation action plan is all about getting people excited and bringing the right people in.

"This is a special event and covers 70 nations and territories.

"It stands for everything good about humanity.

"We want to make sure the Gold Coast and Australia continues that.

"Everyone will remember a great Games on the Gold Coast, but also the human side of it."

Chef de Missions were also able to gain a flavour of the competition venues for the Games on tours, while they visited the recently constructed Athletes' Village.

Gold Coast 2018 were handed control of the village by the Queensland Government last week, marking the completion of the final permanent building project required.

The site at Parklands will house 6,600 athletes and officials throughout the duration of the Games.

Temporary work still needs to be completed at the Village, including the additions of a polyclinic and gymnasium to the 1,170 apartments and 82 townhouses.

The Village has generated positive feedback from delegates, with CGF President Louise Martin describing it as "one of the best" she has seen.

"At this stage they are ahead of a number of other Games, but there is a still a long way to go," Martin said.

"There is a lot of work to be done to the Village, but externally it is absolutely superb.

"To have that here as the Athletes’ Village is unbelievable, it will be one of the best.

"There is a wow factor."

The Games are due to take place from April 4 to 15 next year.